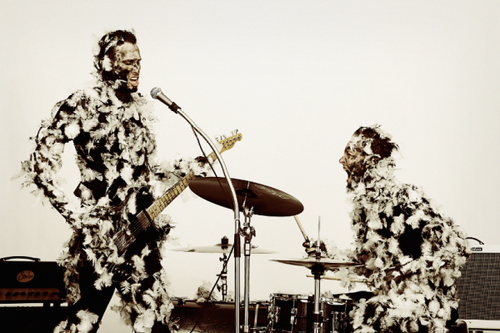 Despite Lana Del Rey giving what many are claiming to be one of the worst Saturday Night Live performances in the history of the show, her song “Video Games” has not lost much of its popularity. We have seen a slew of renditions of the heartbreaking tune on Cover Me and it doesn’t seem like we will stop seeing them anytime soon. The Freudian Slip, along with Nelson Can and Echo Me, posted a live rockin’ cover of the indie favorite.

The trio of bands released a triple EP at the end of January and used this video as a promotion. If this cover is any indicator of what is on the EP, it is nothing but a good sign. They amp up the “gangsta Nancy Sinatra” persona Del Rey has been pegged with and it serves the song well. Check out the live recording below.

See what else The Freudian Slip is up to over on its Myspace.