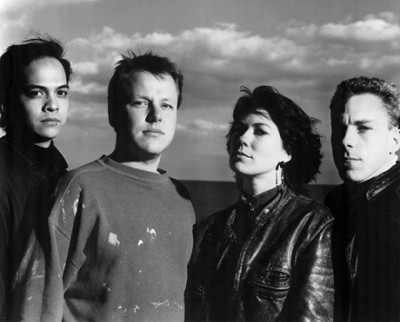 The Pixies released their last studio album, Trompe le Monde, in 1991. With an album cover of eyeballs, and several songs exploring the world of sci-fi, it seems an unlikely place to hear a Jesus and Mary Chain song, but nestled within the tracks is an explosive cover of “Head On.”

Originally released on the Jesus and Mary Chain’s 1989 Automatic, “Head On” remains one of the brothers’ most successful singles from an album that struggled for acclaim. The JAMC version has an undertone of eroticism and malaise, as per usual, but the Pixies replaced that with a frantic energy, allowing for a fuller sound, in a song that suddenly becomes urgent. Download it below.

One Response to “Back Track: The Pixies Get Frantic on Jesus and Mary Chain Cover”