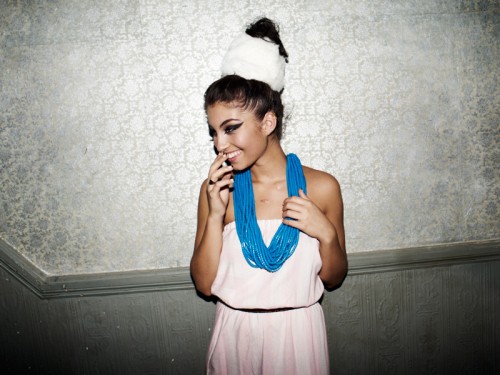 British DJ and singer-songwriter Yasmin might just be kicking off her musical career, but her cover of Frank Ocean’s “American Wedding” makes her sound like a seasoned veteran. She covers the song with a soft effortless charm that makes you almost angry that she’s been hiding such talent for so long. Her debut album’s set to be released this year, and her upcoming single “Light Up (The World),” featuring Ms. Dynamite, will be released on the 15th of January. It might seem like an easy choice for her, to cover an original song by another up and coming star Frank Ocean, but the song also features a sample from the classic Eagles song “Hotel California.” No pressure or anything…

Yasmin took to the studio with her guitarist to do an acoustic cover of the song, which gave her a chance to show off her amazing pipes. While you can still hear the Eagles melody strummed out acoustically, it isn’t as noticeable as on Ocean’s song, which makes the song sound a little more original this time around. Her voice works stunningly well with the soft rock tune, giving it that laid-back feel the Eagles would surely approve of. Check out the video below.