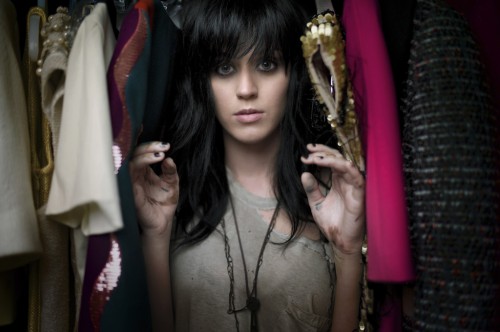 In light of all the success Katy Perry has garnered in the last several years with the help of hits like “Last Friday Night” and “California Gurls,” it’s not much of a surprise that “The One That Got Away” — the latest single off her third and most popular album, Teenage Dream — is currently blowing up the airwaves. In fact, when the song finally climbed to the top of the charts in December (it was originally released back in September 2011), Teenage Dream clinched the title of first album to release seven number one singles on Billboard’s Dance/Club Play Songs chart.

With all that said, it’s obvious that Katy Perry has come a long way from her “I Kissed a Girl” days (not that we didn’t love her back then, too) and deserves some acknowledgement. So, as a hats off to one of the hottest pop artists in recent years, here are five of the best covers of “The One That Got Away”…at least so far.

1. Charlie Puth
There’s perhaps one word that best describes Berklee College of Music student Charlie Puth’s cover of Katy Perry’s latest single: smooth. With beat-boxing, harmonies reminiscent of Boyz II Men, and an R&B beat, Puth somehow manages to completely rework “The One That Got Away” into a track that’s a bit difficult to compare to the original — in a good way.

2. Sarah Sellers
Texan soul singer Sarah Sellers really gives Katy Perry’s recent acoustic release of “The One That Got Away” a run for its money. Unlike many of the other musicians who cover the song, Sellers takes more liberties with the original’s vocal arrangement, remaking it into something entirely new, emotionally raw, and just as good as (if not better than) the original.

3. Ashton Lane
Given the venue in which this song was recorded (a kitchen), Ashton Lane and her self-named band serve up an acoustic cover of “The One That Got Away” that doesn’t turn out half-bad. In fact, the Scottish frontwoman is on point with her vocals while her fellow band-mates flesh out their rendition with some guitar-playing and a little help with several lovely three-part harmonies.

4. Sam Tsui
While many a talented male performer transforms “The One That Got Away” into a passionate piano ballad, there’s just something about Sam Tsui’s version that begs for him to make the list. His rendition has a desperate energy that many of the other covers lacked, and even though it’s near impossible not to feel for a singer when he or she belts out this song’s sad lyrics, Tsui makes sure you more than sympathize while listening, injecting every note he sings with hard-to-ignore emotion.

5. Future Idiots
If power ballads, smooth R&B songs, and acoustic covers aren’t quite your cup of tea, perhaps Future Idiots’ version of “The One That Got Away” may be more to your liking. Hailing from Sweden, the Future Idiots perform Katy Perry’s dance-pop hit as a high-energy, guitar-filled pop-punk track. We promise that this one, at least, will leave you bobbing your head rather than crying over your own lost love (if you’ve been unfortunate enough to lose one, that is — and if that’s the case, this cover is sure to cheer you up a little).

Check out more from Katy Perry on her website.