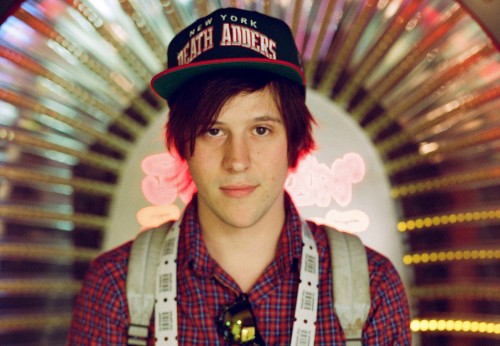 • Periodically, Wavves’ Nathan Williams gets high and records covers for Twitter. Last time it was Sonic Youth; this time it’s the Misfits. The song is “Hybrid Moments” and the length, not coincidentally, is 1:38.
MP3: Wavves – Hybrid Moments (The Misfits cover)

• Tim Hardin’s “If I Were A Carpenter” was first recorded by Bobby Darin and has been covered by hundreds since. In the past few decades, though, it seems to have lost popularity. Perhaps songs featuring propositions like “Would you have my baby?” don’t have the romantic ring they used to.
MP3: Jefferson Thomas ft. Juliana Riccardi – If I Were A Carpenter (Tim Hardin cover)

• Jordan says: “I have long maintained that Van Halen’s song Jump is actually a clarion call to suicide, despite the fact that it is clearly not true. Well, now I’ve recorded a cover version as though it were.”
MP3: Jordan D. White – Jump (Van Halen cover)