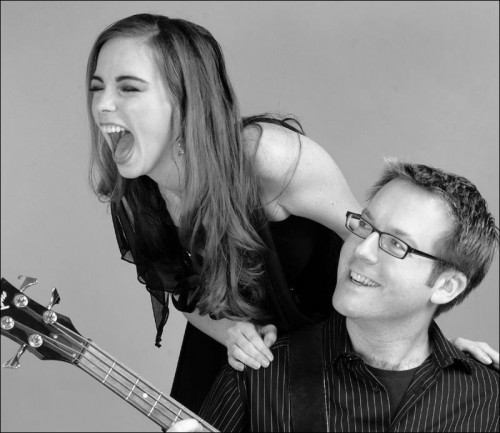 Mirabelle, a duo consisting of singer Michelle Hotaling and producer Scott Slater, released two original albums of music, Chained by Dreams and Sweet Clarity, under Michelle’s name, but recently decided to return to their earliest childhood musical inspirations. To do so, they set forth on a project covering Stevie Nicks and Fleetwood Mac.

The first release under the Mirabelle name, Crystal Revisions offers their take on the great songs of Stevie Nicks and Fleetwood Mac. “We didn’t want to emulate her, we did it out of love” says Hotaling in the band’s promo video on YouTube. Armed with a vibraphone, disco balls, and lava lamps, their music merges current dance sounds with the timeless melodies of the ’70s. Crystal Revisions will be officially released to the wider public on February 4th, right around the 35th anniversary of the release of Rumours, but you can download it early. Preview tracks “Dreams” and “Edge of Seventeen” below, then download the full thing at Bandcamp (note that the site only shows two songs, but you get all seven if you download).