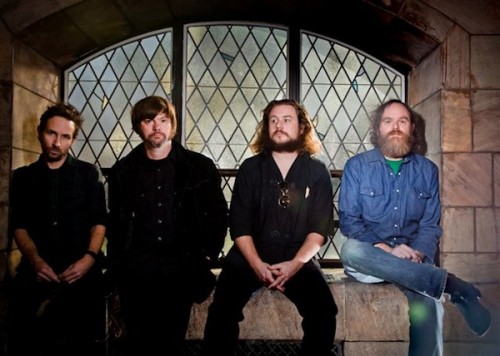 Another day, another Jim James collaboration. The My Morning Jacket frontman has worked with Bright Eyes, Calexico, Preservation Hall Jazz Band, and many others before and now he’s at it again. This time, Jim James – excuse us, Yim Yames – has teamed up with Jay Farrar (Son Volt), Will Johnson (Centro-matic), and Anders Parker (Varnaline) to put some of Woody Guthrie’s unrecorded lyrics to music on New Multitudes, a tribute album out February 28th.

If the idea sounds familiar, it’s because Wilco and Billy Bragg did the same thing on their two Mermaid Avenue collections. Guthrie clearly left a ton of extra lyrics lying around when he died and we’re excited to hear how these four flesh them out. The first song, “Old L.A.,” is available to stream below. Parker takes lead vocals on a track that draws on all their strengths for a swinging folk-rock sound.