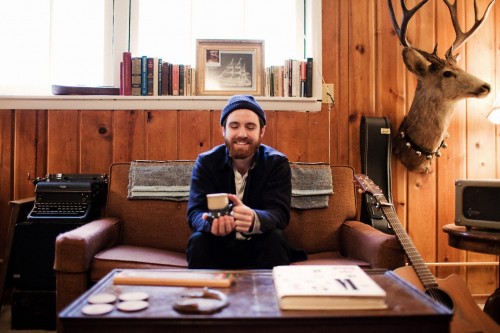 The most recent installation of Fuel/Friends Chapel Session features Seattle artist Bryan John Appleby, in which he covers Paul Simon’s “Duncan.” In July of 2011, Appleby released his first full-length Fire on the Vine. His own website describes the album as a record that “elaborates on his affinity for organic soundscapes and acoustic found sounds.” It’s an accurate description, but one that neglects to mention his gift for storytelling and emotional competency, all of which aided him in covering Paul Simon.

Appleby’s folk prowess translated well into the “Duncan” cover. The song is about a fisherman’s son named Lincoln Duncan. He leaves his town for New England, and meets many hardships, as well as a girl. Both Simon and Appleby sing the song as an almost mournful tale, as reflected by an older Lincoln Duncan. Appleby adds his own twist to the song with some whistling. Download it below. (via Fuel/Friends)