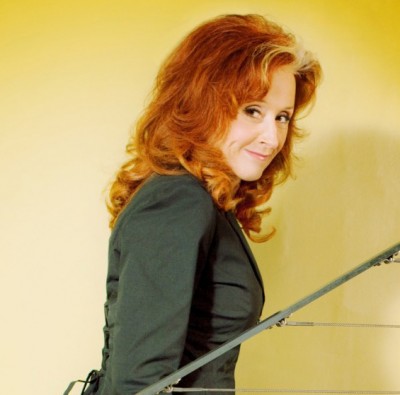 “Right Down the Line” is one of those radio hits from the ’70s that if someone hummed a few bars you would recognize it instantly, but might not know the artist or song title. It was Scottish singer songwriter Gerry Rafferty’s second single from the 1978 album City to City, reaching #1 on the Billboard Hot Adult Contemporary charts. Since his death a little more than a year ago there has been a renewed interest in his music.

Coming off a seven year hiatus, Bonnie Raitt‘s first release is a fantastic reggae-tinged cover of the classic Rafferty track.  With her soulful vocals and blues riffs, Raitt lets her signature slide guitar take off over the steady rock vibe. The track is the first single off her upcoming new album Slipstream, being released on April 10 on her new label Redwing Records. The album features mostly covers, including two songs from Bob Dylan’s 1997 album Time Out Of Mind,“Million Miles” and “Standing In The Doorway.” Have a listen below and get early download access to the track by pre-ordering the album.

Get more info and pre-order Slipstream at Bonnie Raitt’s website.