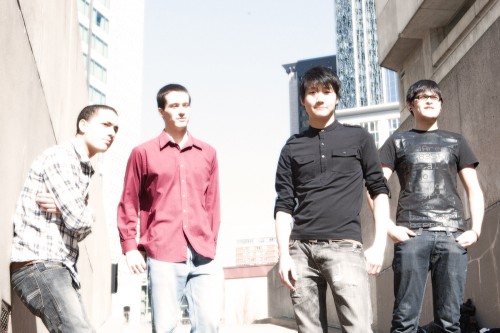 The word “mindblowing” should be used sparingly because, really, there are very few things in this world that actually deserve the title. It just so happens that Pinn Panelle’s ridiculously amazing cover of well-known dubstep producer Skrillex‘s “Scary Monsters and Nice Sprites” is one of them. If you’re not familiar with dubstep, the best way to identify it is by its endless layers of electronic pitches – ranging from ear-shattering highs to the lowest of lows – and its heavy, wobbling bass-line. The majority of sounds on dubstep tracks are usually made with computer software, which would lead one to think they’d be difficult for a rock band to cover, but Pinn Panelle does it without skipping a beat.

The Boston-based four-part “rocktronica” band uses keyboards, a preset soundboard, drums, and an electronic guitar to create the song’s many different sounds. And, of course, especially with dubstep, you can’t forget about the bass – wearing some strange device on his hand and waving it over his instrument, the bassist is able to make the low wub-wubbing tones so crucial to dubstep tracks. The song teeters off into quiet keyboard playing and left this writer, at least, completely speechless. Have your own mind blown by watching their performance below.

Check out more from Pinn Panelle on their website.