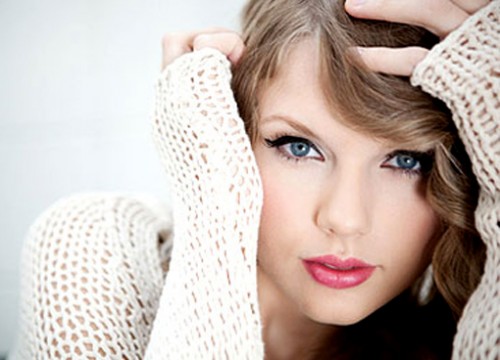 It’s hard to believe all that the now 22-year-old Taylor Swift has accomplished since the age of 16, when she released her very first single, “Tim McGraw” off her debut self-titled album. Fearless became the most honored country music album in history, and Swift the youngest musician ever to win a Grammy for album of the year. This past year, she was ranked #7 on Forbes Magazine‘s Celebrity 100 List. She even holds a title in the Guinness Book of World Records for 2012: “Fastest Selling Digital Album by a Female Artist” for her most recent release, Speak Now.

But perhaps her greatest achievement is creating three albums (and counting) of music that appeals to just about everyone. At the end of the day, despite her vast success, in her formulaically crafted and often contagious country pop songs, Swift comes across as the girl next door, a girl who’s experienced loneliness, love, anger, and heartbreak — just like the rest of us. So, here’s to you, Taylor Swift, on your 22nd birthday. As a special gift, we’ve compiled covers of some of your greatest hits, performed by a few of the very people you give voice to with every song you write. Enjoy below!

Considering this band’s genre of choice, one wouldn’t necessarily peg Forever the Sickest Kids as the biggest Taylor Swift fans. But it seems that the Texas-based pop punk band is fan enough to cover one of Swift’s first hits, “Love Story.” With quite interesting instrumentation — electronic riffs, heavy guitar strums, and even a short bit of record-scratching — FTSK transforms and ignites the song into an energetic, punky power-pop ballad.

As pretty good proof that Swift’s music can be redone to fit almost any genre, Boston’s You-Tube famous Boyz II Men-like singing group, AHMIR, tasked themselves with creating a smooth, R&B cover of “Mine,” the lead single off of Speak Now. And, boy, did they hit the nail on the head. The four-part harmonies might be the best thing about AHMIR’s rendition of “Mine,” and it sure helps that all four members are extremely talented vocalists.

Hailing from the faraway country of New Zealand, Jack Larsen’s version of one of Swift’s most recent releases, “Sparks Fly,” serves as a moving reminder that songs like these often sound their best when stripped down to an acoustic guitar and a pleasing singing voice. Thankfully, Larsen has both great vocals and a good sense of how to strum just right.

Go Home Freshman – You Belong with Me (Taylor Swift cover)

Yet another pop-punk band, this one from Maryland, Go Home Freshman creates a convincingly punkish version of “You Belong With Me,” the video of which won Swift the MTV Video Music Award for Best Female Video in 2009 and birthed controversy with Kanye West’s unwarranted interruption of her acceptance speech. We’ll assume the screams at the end, though a bit off-putting, were a sign of Go Home Freshman’s enthusiasm in reworking the original into an aggressive and dynamic cover.

Although “Last Kiss” is not nearly as well-known as some of the other songs listed above, with the help of Boyce Avenue frontman Alejandro Manzano, fellow YouTube stars Megan and Liz make the song a lot more memorable with their touching cover. Their three-part harmonies enhance its melancholy tone, and with not much more than guitars supporting their vocals, it’s easy to hear and, perhaps more importantly, feel the emotion in the song Swift wrote.

Check out more from Taylor Swift on her website.