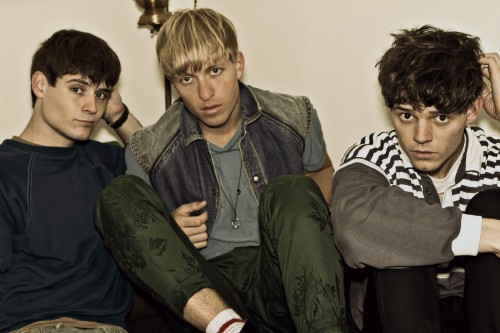 For many listeners in 1987, the Sugarcubes single “Birthday” heralded the arrival of a striking new vocal talent by the name Björk Guðmundsdóttir. Even with the more conventional indie band, Björk stood out with her quirky, wordless yelps and croons. The fact that the song was about a love affair between a 50-year old and his 5-year old neighbor helped herald the arrival of something truly different.

Brooklyn trio the Drums tend to lean on the more accessible side of indie-pop, blending beachy melodies and earworm hooks in a way that perhaps owes more to the Sugarcubes’ instrumentation than to its singer. On their new cover of “Birthday,” performed at the Sirius XM studios, they strip away the whimsy for an appealing acoustic-and-accordion performance that spotlights Jonathan Pierce’s vocals. It approaches the song from the opposite angle of the Mars Volta’s version, but proves equally affecting. Watch it below.

The Drums – Birthday (The Sugarcubes cover)

Check out more from the Drums at their website.