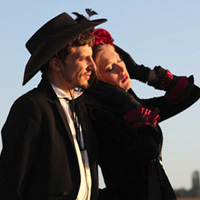 10. Handcrafted Soul
I Got Your Ice Cold Nugrape (The Nugrape Twins cover)
The Nugrape Twins’ 1926 ad jingle “I Got Your Ice Cold Nugrape” remained buried in deep obscurity for decades until the French duo Handcrafted Soul dug it up and made it one of the catchiest covers of the year. The folk-rock jangle and hummable harmonies sashay along amiably, putting a smile on your face and a spark in your step. We don’t know a damn think about Nugrape Soda, but this song makes us want a cold bottle. – R.P. 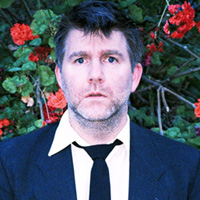 9. LCD Soundsystem
Live Alone (Franz Ferdinand cover)
One of the last things James Murphy did before retiring the LCD Soundsystem moniker was release his take on Franz Ferdinand’s “Live Alone.” Murphy turns the track into a trademark LCD jam, stretching it to double its original length with some well-placed sax and drum machine beats. He reimagines Alex Kapranos’ swaggering vocals with a disillusioned drawl that offers the lyrics a new, bittersweet significance. Is it too early to hope for a reunion tour? – C.L. 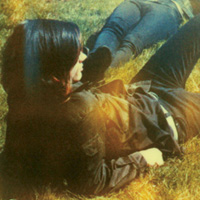 8. The Horrors
Best Thing I Never Had (Beyoncé cover)
There were few less likely cover pairings this year than Beyoncé and The Horrors. As the London five-piece continued to move away from their garage-Goth sound with this summer’s Skying, they also transformed themselves into psychedelic cover wunderkinds. Not surprisingly, their take on Beyoncé’s “Best Thing I Never Had” is darker than the pure pop of the original, leading to a surprisingly workable juxtaposition of the eerie Horrors sound with Beyoncé’s lyrics. – C.L. 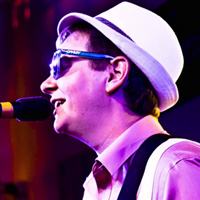 7. Work Drugs
Rolling in the Deep (Adele cover)
We know you’re tired of hearing (or reading, rather) about Adele’s fiery, break-out hit, “Rolling in the Deep.” Sure, it’s a great song, but after hearing it on the radio almost every day for all of 2011, the track may have lost its luster for most. Luckily, Work Drugs has breathed new life into it with a chill, near-throwback cover. All that’s left in this version are the bare bones of Adele’s original, but we guarantee you’ll be too busy dancing to notice. – C.P. 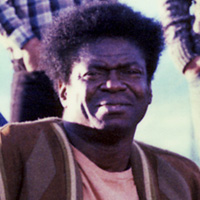 6. Charles Bradley
Heart of Gold (Neil Young cover)
The so-called “Screaming Eagle of Soul” grabs this introspective Neil Young classic in a bear hug and lovingly wrestles it out onto grubby city streets. Supported by a lifetime of hard knocks, a funky soul revival rhythm section, and a killer horn crew, these formerly falsetto’d lyrics now rasp forth from a man who’s journeyed a different, but equally rough, kind of road. Bradley serves up, in three tight minutes, an impressively fitting funkification of one of the kings of acoustic guitar. – B.G. 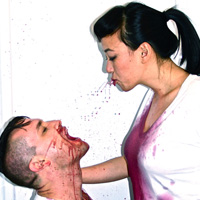 5. Xiu Xiu
Only Girl (In the World) (Rihanna cover)
It may be a little difficult to wrap your head around Xiu Xiu’s scattered electro version of Rihanna’s pop hit “Only Girl (in the World).” Perhaps it’s the swelling, off-kilter violins; the ironic male vocals; or the lyrical tweaks (yep, they do borrow a line about sandwiches from a Grand Pubah song). Xiu Xiu soon draws you in to their flipped version though, inspiring anyone with a pair of ears and dancing shoes. – C.P. 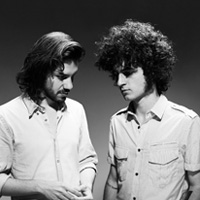 4. Revolver
Monk (Mini Mansions cover)
French trio Revolver practice a sort of close harmony singing that probably peaked with the Everly Brothers. Fitting, then, that the first time we heard them was on a standard from the ‘30s. Turns out, their gentle beauty translates to 21st-century tunes just as smoothly. Their take on Mini Mansions’ 2010 single “Monk” swings with street-corner pizzazz, sounding like the hippest bistro in the Williamsburg Riviera. – R.P. 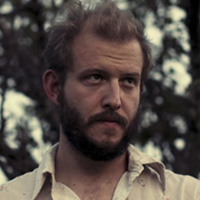 3. Bon Iver
I Can’t Make You Love Me/Nick of Time (Bonnie Raitt cover)
Bon Iver’s self-titled second album has found its way onto many critics’ year-end lists, so it’s no surprise that this cover – recorded as the B-side to first single “Calgary” and also included as a bonus track on the record’s iTunes release – has made it into ours. To call this recording “heartbreaking” may be an understatement; in his simple piano-vocal instrumentation, Justin Vernon channels the plaintive hopelessness of the original track’s lyrics more potently than Bonnie Raitt herself. Bits of Raitt’s “Nick of Time” pop up at the end of the track, but do they bring hope to this down-and-out narrator or make his plight seem even more desperate? – E.G. 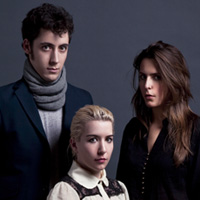 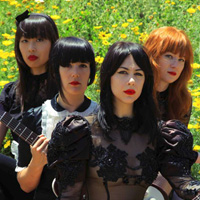 1. Dum Dum Girls
There Is a Light That Never Goes Out (The Smiths cover)
A Morrissey’s hair-sized set of cultural baggage accompanies “There Is a Light That Never Goes Out” and would-be interpreters tend to sink under the weight. Dum Dum Girls dismiss all that with a bang flip and lipstick sneer on a refreshingly irreverent cover that makes the original seem downright maudlin. Surf-rock drums and shoegaze guitars roar through this squalling performance, equal parts Link Wray and Ramones while singer Dee Dee rides atop the noise with a give-a-fuck attitude. Good thing that light never goes out, ‘cause with this power it’s liable to blow a fuse. – R.P.

That’s all folks! Tell us what we missed in the comments. Follow @covermesongs on Twitter where we’ll be tweeting Honorable Mentions throughout the holiday break.