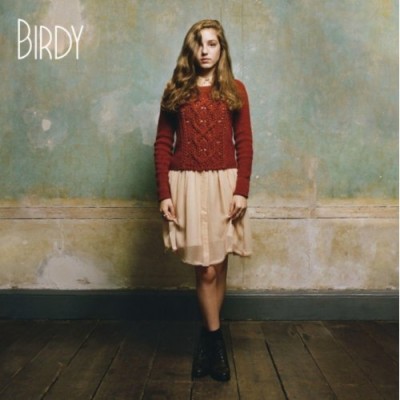 10. Birdy
Birdy
MP3: People Help the People (Cherry Ghost cover)
Buy it on Amazon.
It’s hard to talk about Jasmine van den Bogaerde without mentioning that she’s 15 years old, but that fact is actually irrelevant to the appeal of her debut as Birdy. Piano, drums and strings bathe her soaring takes on (mostly) indie songs, making bold pop anthems from what were idiosyncratic little ditties. Whether she’s lifting oft-covered tunes like “Skinny Love” to new heights or claiming relative obscurities like “People Help the People” as her own, Birdy displays an emotive virtuosity far beyond her years. 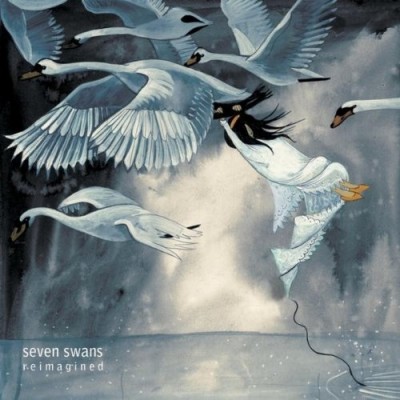 9. Various Artists
Seven Swans Reimagined
MP3: Size Too Small (by Wakey!Wakey!)
Buy it on iTunes/Amazon.
Sufjan Steven songs these days tend to feature huge dance beats, but Seven Swans Reimagined takes us back to a time when he was still the beloved sprite with a banjo. The likes of Bonnie “Prince” Billy and David Crowder Band deliver lush folk-ish takes on the songs that expand on the potential of the album without totally abandoning the intimate aesthetics. At one point Sufjan seemed destined to remain a quirky niche favorite, but the variety of artists paying tribute shows how far he’s come since. 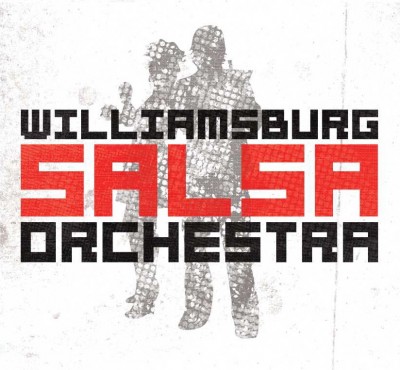 8. Williamsburg Salsa Orchestra
Williamsburg Salsa Orchestra
MP3: Black Albino Bones (Fucked Up cover)
Buy it on iTunes/Amazon.
The word “Williamsburg” makes you suspect this salsa band will be some exercise in irony, but from the first horn blast of “Black Albino Bones,” you know these cats are serious. They manage to turn an eclectic set of recent indie hits into believable salsa jams, sprinkling songs by Arcade Fire and Yeah Yeah Yeahs with a heavy dose of Cuban attitude. The band hosts regular salsa nights down in Brooklyn and their crossover song selections prove just the ticket to get the hipsters swinging. 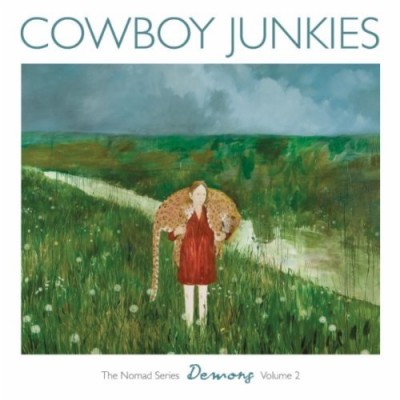 7. Cowboy Junkies
Demons
MP3: Wrong Piano (Vic Chesnutt cover)
Buy it on iTunes/Amazon.
Cowboy Junkies worked several times with reclusive songwriter Vic Chesnutt, with the end goal of even recording a project together. Unfortunately, he took his own life before that project could come to be. As a consolation prize, we get this deeply moving tribute to Chesnutt with the Junkies covering 11 of his best songs. It’s a haunting collection, made that much more wrenching when you consider the circumstances. When Margo Timmins intones “I’ll see you around” again and again over swirling organ, you’ll feel every ounce of the pain these four do. 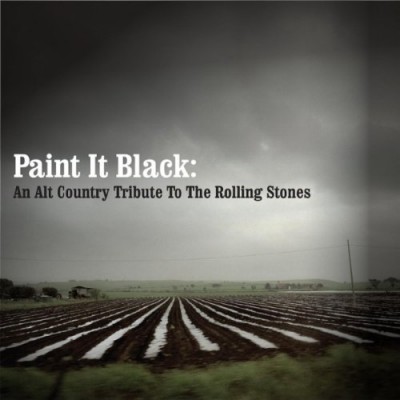 6. Various Artists
Paint It Black: An Alt-Country Tribute to the Rolling Stones
MP3: Sweet Virginia (by Everest)
Buy it on iTunes/Amazon.
Tribute record label Reimagine Music delivers two list-makers this year, with the aforementioned Come As You Are and now this. Paint It Black narrows the scope to alt-country and Americana, eliminating unpredictability but making up for it with consistency and cover-to-cover listenability. The songs flow naturally, but vary enough to avoid tedium. When Everest’s harmonica singalong “Sweet Virginia” can coexist with Giant Sand’s jump bass take on “Jumpin’ Jack Flash,” you know you’ve hit a sweet spot. 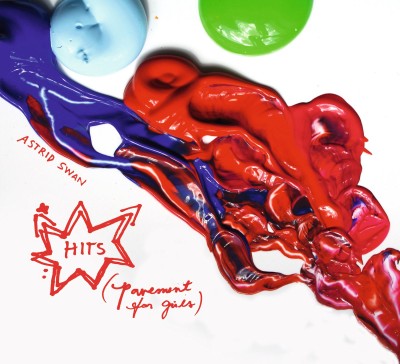 5. Astrid Swan
Hits (Pavement for Girls)
MP3: Major Leagues (Pavement cover)
Buy it at Soliti Music.
Up until this, we only knew Astrid Swan from her magnificent piano take on “When You Were Young.” It didn’t prepare us in the slightest for Hits (Pavement for Girls). The piano has been banished to the fringes, replaced by quirky beats and lush production on this tribute to Malkmus and co. All memory of the original songs disappears once she envelops you in her dense, complex versions of “Gold Soundz” and “Major Leagues.” Pavement’s reunion may have ended, but Astrid Swan’s rise is just beginning. 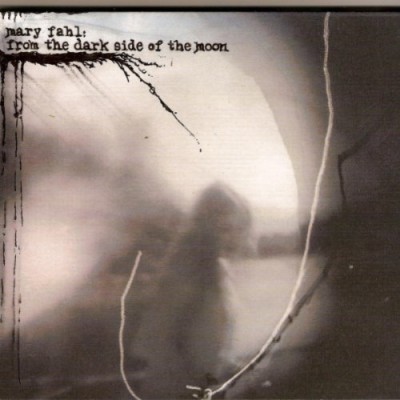 4. Mary Fahl
From the Dark Side of the Moon
MP3: Us and Them (Pink Floyd cover)
Buy it on iTunes/Amazon.
Mary Fahl recorded this Pink Floyd tribute back in 2006, but label issues kept it from being released until this year. This gem was worth the wait. Fahl displays a deep understanding of Dark Side, pulling it apart and putting it back together as her own. Her version highlights her soaring voice, to the point that certain segments seem composed primarily of layers of vocals. Passionate delivery and pitch-perfect mixing by Bob Clearmountain turn this into the rare Dark Side tribute that won’t send you running back to the original. 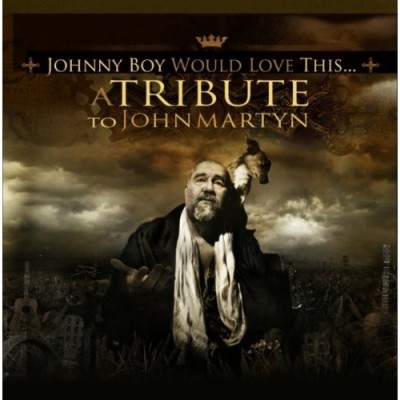 3. Various Artists
Johnny Boy Would Love This…A Tribute to John Martyn
MP3: Don’t Want to Know (by the Swell Season)
Buy it on iTunes/Amazon.
Paying tribute to an artist unfamiliar to much of the target audience requires a certain confidence. Doing so with a 30-song set pushes that into borderline lunacy. Even if the name “John Martyn” doesn’t mean much to you, though, surely the artists who signed up to honor the departed folk veteran do. Beck. Phil Collins. Snow Patrol. A deep bench delivers knockout after knockout for over two hours, with not a dud in the bunch. Robert Smith gets weirder than he has in years on “Small Hours,” and the Swell Season take us back to the Once piano shop with “I Don’t Want to Know.” 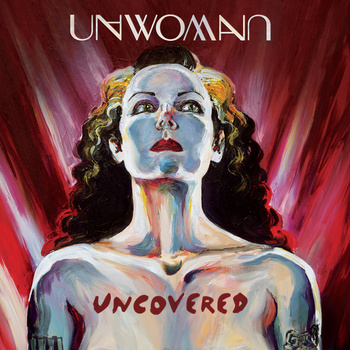 2. Unwoman
Uncovered
MP3: Careless Whisper (Wham! cover)
Buy it on Bandcamp.
Unwoman represents the best of our new favorite genre of 2011: cello-rock (see also honorable mention 2Cellos). Erica Mulkey unleashes her inner tormented teen on this tribute to popular songs of the ‘80s and early ‘90s, turning everyone from Wham! to Tori Amos into catchy goth-pop. Her darkly powerful vocals and dirty dance productions quickly move you beyond the novelty of the instrument into a rich world of dark eyeliner and Ouija boards that draws you deeper every time you listen. 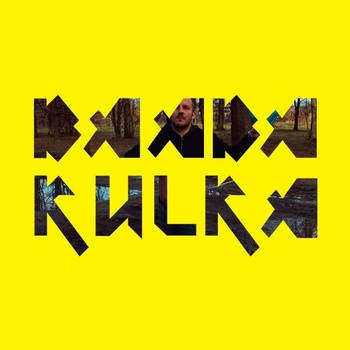 1. Baaba Kulka
Baaba Kulka
MP3: Children of the Damned (Iron Maiden cover)
Buy it on Bandcamp.
In 1984, Iron Maiden brought a massive stage show through Eastern Europe, performing in five different Polish cities. The love Eddie and the gang showed for the other side of the Iron Curtain comes back here, with Baaba Kulka’s off-the-wall tribute to the metal giants. Polish electro-jazz-rock band Baaba provides the background music, lurching between Klezmer, gypsy-rock, and even something that sounds like lounge music from the future. Singer Gaba Kulka unleashes big, jazzy singing overtop, belting the hell out of fan favorites you’ve never heard like this before. The set brings out the cartoonish fun that always lurked not too deep within Iron Maiden songs, but without an ounce of irony or condescension. It’s a boisterous celebration by a collective that may not have a metal bone in its body, but invite big grins while you sing (and dance) along with the wildest crossover album this side of Warsaw.

Check back next week for the Best Cover Songs of 2011!