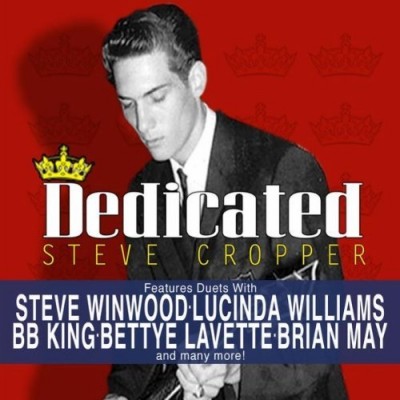 20. Steve Cropper
Dedicated: A Salute to the 5 Royales
MP3: Messin’ Up (ft. Sharon Jones)
Buy it on iTunes/Amazon.
No surprise that the man who played on most of Stax’s greatest songs is a student of rhythm-and-blues history. He not only knows that many popular songs of the ‘60s were first written and performed by the 5 Royales, a band that got little chart love, but after five decades in the biz he has the Rolodex to do something about it. On this labor of love, Cropper recruits everything from B.B. King to Lucinda Williams to help him reclaim hits like “Think” and “Dedicated to the One I Love” for the Royales. The label may read 429 Records, but the tasty guitar licks and gritty soul vocals show the Stax’s sound still runs deep in Cropper’s veins. 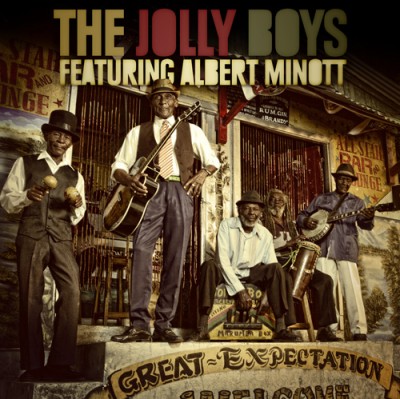 19. The Jolly Boys
Great Expectation
MP3: Do It Again (Steely Dan cover)
Buy it on iTunes/Amazon.
When Bob Marley was still in grade school, the Jolly Boys were performing their “mento” music up and down the Jamaican coast. This precursor to reggae hasn’t changed much in 60 years, but it proves remarkably applicable to songs by folks far from Jamaica. Acoustic guitars, Caribbean rhythms, and gruff old man voices lend songs by Iggy Pop and Amy Winehouse an unexpected gravitas, even as they get your toes tapping. Great Expectation inaugurated a mento revival when it came out overseas in 2010 and here’s hoping it lasts long enough for a sequel. 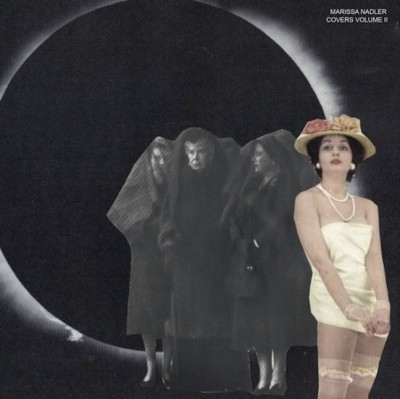 18. Marissa Nadler
Covers Volume II
MP3: Winter Lady (Leonard Cohen cover)
Buy it on Etsy.
On last year’s simply-titled Covers, Marissa Nadler used only an acoustic guitar and her angelic voice to sing songs by some classic songwriters. On this new volume, not a thing has changed. Nadler flies high on songs by Springsteen, Dylan and Cohen that remind us that some songs are classics for a reason. Acoustic guitar covers can wear out their welcome fast, but we’d listen to 10 volumes of this stuff. 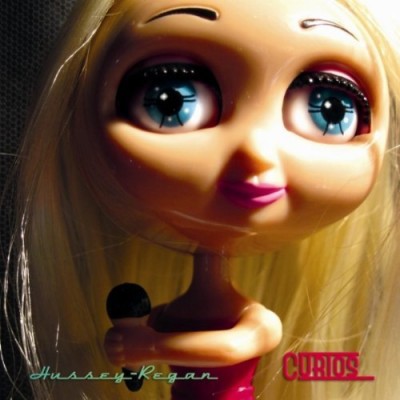 17. Hussey-Regan
Curios
MP3: Ashes to Ashes (David Bowie cover)
Buy it on iTunes/Amazon.
If you like All About Eve and/or the Mission, you’re probably already on board with this one. The two bands’ lead singers – Julianne Regan and Wayne Hussey, respectively – pair gothic bombast and moody atmospherics on this dense electropop swirl. Some of songs are natural choices (David Bowie, Nick Cave), but turning Glen Campbell’s “Wichita Lineman” into a spooky New Order-ish duet requires an impressively sensitive touch. 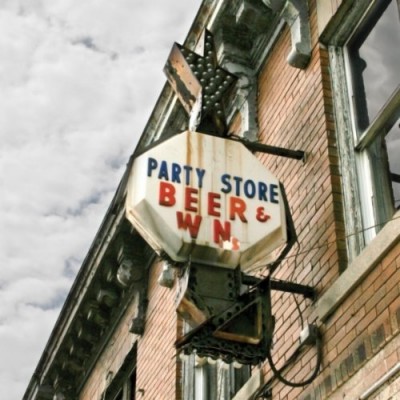 16. The Dirtbombs
Party Store
MP3: Strings of Life (Rhythm Is Rhythm cover)
Buy it on iTunes/Amazon.
A garage rock tribute to Detroit house and techno? It sounds disastrous on paper, particularly when you note that one track lasts 21 minutes. Somehow, though, rock and roll vets the Dirtbombs pull off a minor miracle, finding the heretofore undiscovered middle ground between pounding four-on-the-floor beats and skuzzy Strat riffs. The hour-plus run time goes by in a flash and makes you wonder where their next insane inspiration will come from. A Garage Tribute to Sigur Rós? Detroit Does Debussy? Whatever it is, we’re there. 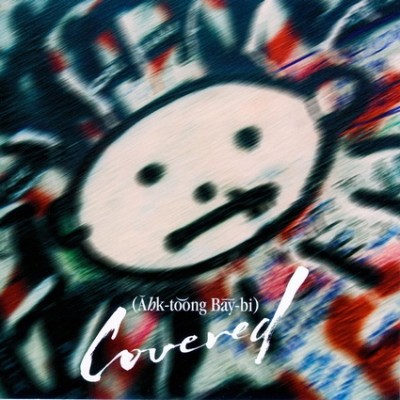 15. Various Artists
Achtung Baby Covered
MP3: Zoo Station (by Nine Inch Nails)
Buy it at Q Magazine.
We’re not sure how long ago Q Magazine recruited these bands for their U2 tribute, because some of them – Nine Inch Nails, Garbage, The Killers – are supposedly broken up or on hiatus. It’s good to hear new tracks from these old favorites though, just as it’s good to hear Jack White wailing on guitar or Damien Rice breaking our hearts. U2 haven’t put out a truly great record in a long while, but they could follow pretty much any of the paths these artists suggest and they’d be off to a good start. 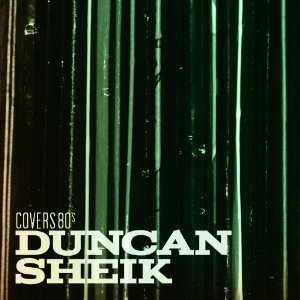 14. Duncan Sheik
Covers 80’s
MP3: Hold Me Now (The Thompson Twins cover)
Buy it on iTunes/Amazon.
Covering ‘80s music seems to be perpetually hip. Artists have gotten a lot of mileage salvaging supposedly irredeemable cheese with a “Can you believe this stuff was popular?” wink. On his ‘80s covers set, though, Duncan Sheik chooses songs he actually liked the first time around. There’s no Flock of Seagulls to be found. Covers of the Smiths and Talk Talk can be enjoyed without a trace of irony. 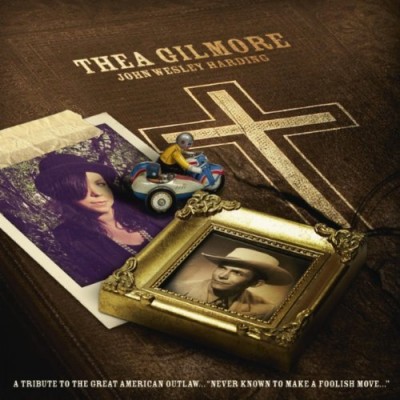 13. Thea Gilmore
John Wesley Harding
MP3: Drifter’s Escape (Bob Dylan cover)
Buy it on iTunes/Amazon.
In 2002, Thea Gilmore covered Bob Dylan’s “I Dreamed I Saw St. Augustine.” In 2008, none other than Bruce Springsteen told her it was “one of the great Dylan covers.” Perhaps buoyed by the compliment, three years later she returns with a tribute of the full album from which the song came: John Wesley Harding. Gilmore and her crack band bring country-rock grit to the 12 classic songs, honoring the originals without being tied to them. She shows her hardest-rocking side on a groovy “Drifter’s Escape,” but keeps it stripped back for the rare still-acoustic “All Along the Watchtower.” 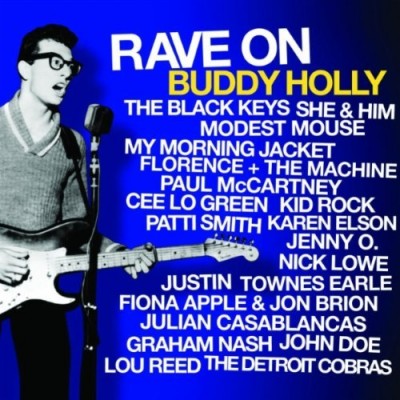 12. Various Artists
Rave On Buddy Holly
MP3: True Love Ways (by My Morning Jacket)
Buy it on iTunes/Amazon.
Inexplicably, 2011 saw two separate all-star tributes to Buddy Holly, both apparently curated without knowledge of the other. In this embarrassment of riches, one clearly stood higher: Rave On Buddy Holly. The songs are admittedly all over the place, from Florence and the Machine’s Louisiana boogie on “Not Fade Away” to My Morning Jacket’s country crooner “True Love Ways” and the sum may not be greater than its parts. When those parts are all so good though, baby, we don’t care.

11. Various Artists/Various Artists/Little Roy
Come As You Are/SPIN Presents Newermind/Battle for Seattle
MP3: Polly (by Little Roy)
Buy them on iTunes/SPIN/iTunes.
We’re cheating a bit on this one, but with so many tributes celebrating Nevermind’s 20th anniversary, we had to fudge the numbers to squeeze in the best. High points on Come As You Are and Newermind abound (mewithoutyou’s “In Bloom” and Charles Bradley’s “Stay Away” jump to mind) as both collect artists not afraid to take liberties with the source material. The biggest liberty of all comes from Little Roy, though, who turns 10 grungy classics into reggae so naturally you’ll strain to remember a time when “Polly” didn’t feature so much conga.