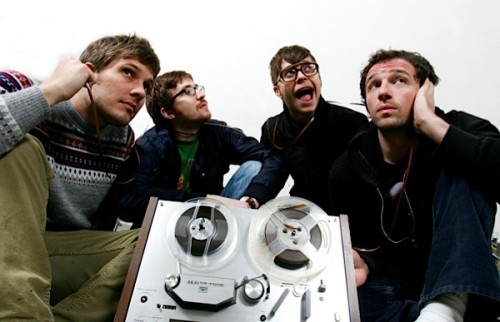 Abbey Road by the Beatles is an album full of hits, all worthy of covers, but each equally difficult to do justice to. The heaviest track on the album, the appropriately named “I Want You (She’s So Heavy)” breaks all the rules, as it’s the only song over four-and-a-half minutes (pushing eight) and by far the darkest track. If you are unfamiliar with the Beatles’ catalog outside of the inescapable classics, the song is really shocking for its “metal-ness.”

Minnesota rockers Tapes n Tapes recently took on this heavyweight for the third volume of The Minnesota Beatles Project (which is just what it sounds like: Minnesota bands playing songs by the Beatles) and play it very safe. The solo guitar is more heavily distorted and the power chords are dampened, but overall the song sounds very close to the original. This would be great, except Tapes n Tapes pick up the tempo quite a bit, and a big part of the appeal to the original is the sludgy pace of the “she’s so heavy” smashed up against those funky “I want you so bad’s.” By speeding it up, they lose that contrast a bit, and what could be a great cover ends up being just a good one. Still, when you’re covering the Beatles, any amount of tweaking is messing with success, and the end product here is definitely worth a listen and a download. Check it out below, and look for the full album of covers tomorrow.

Check out more Tapes n Tapes at their website or Myspace.