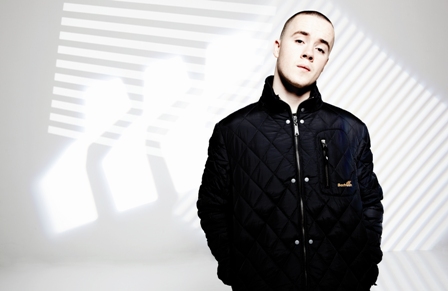 Each year seems to bring a new cover of The Pogues’ acerbic Christmas classic “Fairytale of New York.” Everyone from Coldplay to Dropkick Murphys to Florence Welch has offered a spin on Shane MacGowan and Kirsty MacColl’s bitter duet, though few come close to the original. The latest contender is London-based singer/songwriter and rapper Maverick Sabre, who recently performed “Fairytale” on BBC Radio 1.

Maverick Sabre’s acoustic take on “Fairytale” is fairly unusual in that it’s not a duet. Since MacColl and MacGowan’s back-and-forth is so crucial to the original track, this version does lose something in translation. It scores some points back, however, on the strength of Sabre’s raspy vocals, which give the track a suitably world-weary tone. Watch the performance below, along with another seasonal cover he did of “Let It Snow.”

Hear more from Maverick Sabre at his website or Myspace.