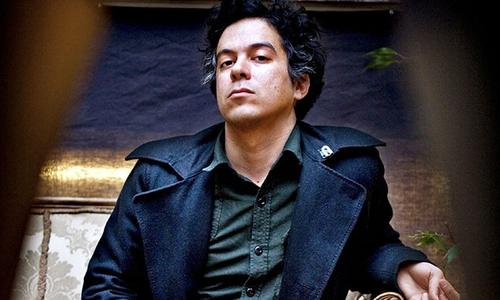 With a voice as natural as a hunk of dry bark and a guitar style so vivid you’ll swear you can hear the dust coming off the strings, M. Ward rose from Portland, Oregon, and settled down on back porches all across Americana. His warm, enduring melancholy and his playing ability has won him fandom not just from listeners, but from his peers, who seek him out for collaborations and tribute albums aplenty. With his work with Zooey Deschanel in She & Him, not to mention with Jim James and Conor Oberst in Monsters of Folk, Ward’s never been more visible, and yet his music still retains the earthy intimacy it had when he first started out.

Ward has covered a number of songs, stripping away any and all modern touches to free the songs from the constraints of time – the finished interpretations would impress fifty years ago as much as they’ll impress fifty years from now. Listen to how he changes the way you hear these five songs.

Green River, as John Fogerty described it, was an oasis to return to when lost in the smoldering world, where the women dance barefoot and the men have names like Old Cody, Junior. Ward moves it away from the swamp, into the back country hills, but retains the rustic feel of a land that time hasn’t forgotten so much as it’s let it slip away.

Pete Townshend called it “just a ditty,” but “Let My Love Open the Door” went top ten in America and proved to Townshend that he didn’t need the Who behind him to help him speak his piece. Ward trades Townshend’s keyboard hook for a pedal-steel one, turning a synth-pop number into quasi-folk. “I’m not sure if it’s sad or happy,” Ward said, “but it sounds hopeful either way.”

The shortest song Led Zeppelin ever released, “Bron-Y-Aur” was recorded four and a half years before it appeared on Physical Graffiti, where it served not as filler or afterthought, but as a sample of how musically diverse the band could be; pretty acoustic instrumentals were well within their stylistic range after all. Ward’s version is a little slower, a little clearer, a little rounder in tone, and gives Jimmy Page all the quiet respect he deserves.

Zooey Deschanel’s not the only woman Ward has performed with; you can find him on recordings with Neko Case, Norah Jones, and Lucinda Williams, to name just a few. Here he trades verses with Beth Orton on Bob Dylan’s “Buckets of Rain,” as they play at a gentle yet inexorable pace that makes the song as inevitable as the portrayed end of the singers’ relationship.

M. Ward – The Story of an Artist (Daniel Johnston cover)

Daniel Johnston’s “The Story of an Artist” is so personal that it’s almost physically painful to listen to. As Johnston sings of the scorn and derision heaped on the artist for following his art, occasionally stumbling over his own lyrics, the listener can’t help being pulled through those unhinged doors of perception, experiencing the world through Johnston’s eyes. Ward gives this anthem to the misunderstood an empathetic reading; it’s debatable whether his less rudimentary playing enhances or detracts from the original, but it leaves no doubt that he’s felt Johnston’s pain, as well as his appreciation of the sun and flowers.

Listen to other M. Ward covers in the archives.

One Response to “In the Spotlight: M. Ward”