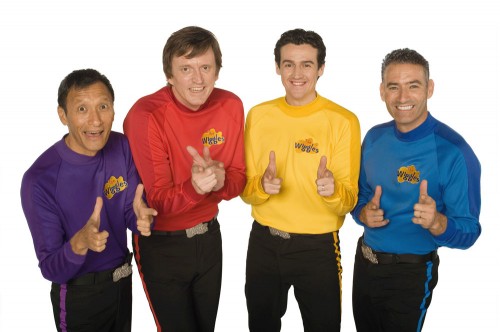 There is an unwritten law that any and all children’s shows involving original song and dance are terrifying and creepy to anyone over the age of nine. The Wiggles is no exception. Formed in 1991, ABC Music recently celebrated the 20-year anniversary of the “undisputed legends of children’s entertainment” with a disc of covers of some of the group’s family-friendly tunes.

There is something about reworking The Wiggles that automatically makes the brand a thousand times cooler. The tribute album, Rewiggled, features some of Australia’s coolest bands and musicians. Complete with trippy cover art, this tribute album will surely make it’s way into any hipster parent’s six-disc player of their hybrid car. Standouts from the album include Architecture in Helsinki‘s take on “Wiggly Party” and Oh Mercy‘s rendition of “Toot Toot Chugga Chugga Big Red Car” and you can watch videos for both below. While those are only a couple of the tracks available for online previewing, it can be safe to say that purchasing the entire album will up your cred with the cool kids – and we literally mean kids.

See what else Architecture in Helsinki and Oh Mercy are up to here and here.