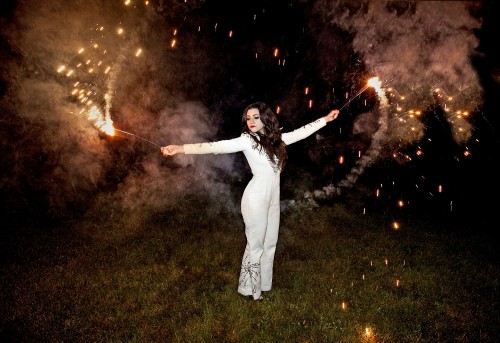 Covering the Black Keys is no easy task. Their 2010 album Brothers was massively well-received by fans and critics all over the world, and Rolling Stone put their single “Everlasting Light” at number 11 on their best singles of 2010 list. To even venture into the realm of the Keys grunge rock sound you’ve got to be pretty comfortable in your cover song skin. Comfortable might be an understatement when describing cover song veteran Alex Winston, though, whose Basement Covers EP featured covers of Mumford & Sons and The Rolling Stones. She just released her cover of the Keys song “Everlasting Light” in honor of both the release of the Keys’ newest CD El Camino, and to celebrate the recent announcement that her first album will be dropping in March of 2012.

You might recognize Winston from previous posts on Cover Me, but if you don’t then this next year is bound to make her a more familiar name. While she may be classically trained in opera, Winston’s voice has a striking pop sound to it. She effortlessly turns the Keys’ rock hit into an indie-pop song that has you tapping your feet, bobbing your head and singing along, all while managing to maintain most of the edge of the original. Check out Winston’s Cover, and make sure to keep an eye out for her in the next few months.

Check out more from Alex at her website or Myspace.