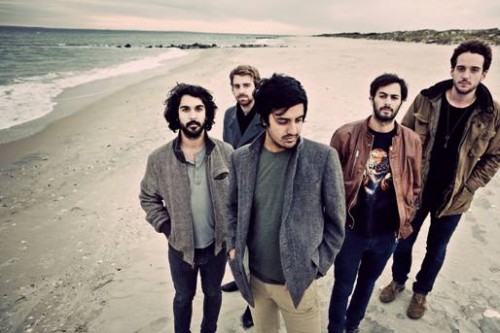 Riding high on the success of catchy single “Cough Syrup,” California indie act Young the Giant recently recorded an episode of MTV Unplugged. They shuffled a cover of Gorillaz‘s “Empire Ants” into their set, which airs tonight. Though they stay true to the structure of the track, the acoustic atmosphere gives it a newly introspective feel.

“Empire Ants” gets off to a floaty start, centering on Sameer Ghadia’s vocals for the first few minutes. A taut string section drives it forward until the point when the Gorillaz original undergoes an energetic dance breakdown. Despite the acoustic arrangement, Young the Giant’s version of the track also comes to life in this second half, when a kick from the string section ups the drama. Check out the video below.

Check out more from Young the Giant at their website or Myspace.