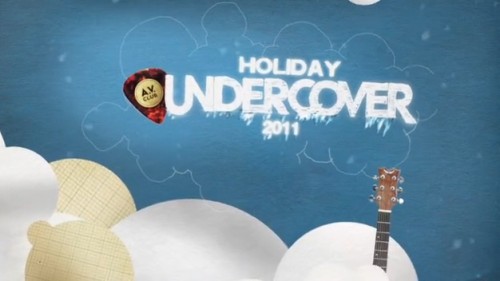 Last we checked in to the A.V. Club’s Holiday Undercover series, Electric Six was going Grinch. In the past week, though, three more Christmas covers have cropped up in the series. Dawes, Peter Wolf Crier, and Mannequin Man selected three Christmas songs just a little off the beaten path – at least, compared to the stuff you hear in Macy’s.

Dawes chose the most widely-known song of the bunch, Vince Guaraldi’s “Christmas Time Is Here.” They picked it because of the strange chords you don’t hear very often in alt-country. Peter Wolf Crier went in pretty much the opposite direction with Wham’s “Last Christmas,” which seems to be a go-to holiday song for bands to semi-ironically cover (see also: The Puppini Sisters, Glee, iLikeTRAiNS). Mannequin Man wins the obscurity prize hands down, though, digging up Sid Tepper and Roy C. Bennett’s “Nuttin’ for Christmas.” Watch videos of all three below. (via the A.V. Club)