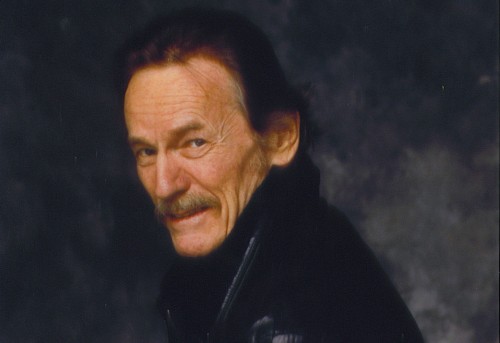 A happy 73rd birthday to Gordon Lightfoot, Canadian troubadour extraordinaire. From the age of five, when he made his performing debut in Sunday School with “I’m a Little Teapot,” he has spent his lifetime bringing music to the world, and the world has responded in kind with covers by the hundreds, from Elvis Presley on down. His songs are not generally happy songs  – “Talk about your party tunes!” Dave Barry once commented about “The Wreck of the Edmund Fitzgerald” – but they speak well to the human condition with a truly universal voice, and they led none other than Bob Dylan to say, “Gordon Lightfoot, every time I hear a song of his, it’s like I wish it would last forever.”

Lightfoot’s songs became famous before he did, and even after his American breakthrough he continued to write and perform music that people responded to, no matter who performed it. Here’s just a small sampling of what his work allowed others to convey.

Before Nico came to NYC to meet The Velvet Underground, she recorded a single for the Immediate Records label. Produced by Andrew Loog Oldham and featuring Jimmy Page on 12-string guitar, it features Nico singing in her invulnerable way how little she’s prepared to offer a partner in a relationship. The words sound tailor-made for her, but also suit Lightfoot’s wandering-minstrel role. It wouldn’t be the last time a song of Lightfoot’s was as perfect a match for another singer as it was for its author.

2003’s Beautiful: A Tribute to Gordon Lightfoot featured a (nearly) all-Canadian cast. One of the album’s high points came from Bruce Cockburn, who never made it past cult status in the U.S., but is still hugely popular up in America’s Hat. He took “Ribbon of Darkness,” which Lightfoot originally recorded in a brisk, jaunty fashion (right down to a merry whistle), and slowed the pace, creating a far more atmospheric accompaniment. In doing so, he showed the pain and sadness that was always in the song.

Here’s another Canadian combo, Cape Breton’s own The Cottars. Originally two pairs of siblings and still a quartet today, their take on “Your Love’s Return” replaces the gruff warmth of Lightfoot’s voice with the clarity of a Nova Scotian wind and the cool beauty of the waters just beneath.

Lightfoot wrote “Sundown” about his mistress at the time, Cathy Smith, after she stayed out late one night and he felt his jealousy simmering toward anger. (She went on to provide the last, lethal injection to John Belushi.) Critics said that the strong sense of individuality that Lightfoot projected onto the song made a difficult record to cover successfully, but Scott Walker proved himself up to the task. A man who Soft Cell’s Marc Almond famously claimed “could sing ‘Three Blind Mice’ and make it sound like the only song in the world,” Walker got even better results when he applied his baritone croon to a song of consequence, changing it from the burning calm before the storm to the quenched calm after it.

Johnny Cash – If You Could Read My Mind (Gordon Lightfoot cover)

Johnny Cash had only months to live when he recorded “If You Could Read My Mind,” and that knowledge changes the song irrevocably. Lightfoot wrote it about the disintegration of his marriage, but in the weathered shards of Cash’s voice, it becomes nothing less than a meditation on death. Where Lightfoot just can’t get that feeling back because he doesn’t know where it’s gone, Cash can’t because he knows he’s run out of time. Written by a broken man, sung by another man broken further, for longer  – it’s become a whole new song, and the effect it has now is devastating.

Look up the free Lightfoot cover album we wrote about here. On a lighter note, check out Lightfoot covering every song in the world via SCTV, and being covered by Bullwinkle J. Moose.

6 Responses to “They Say It’s Your Birthday: Gordon Lightfoot”