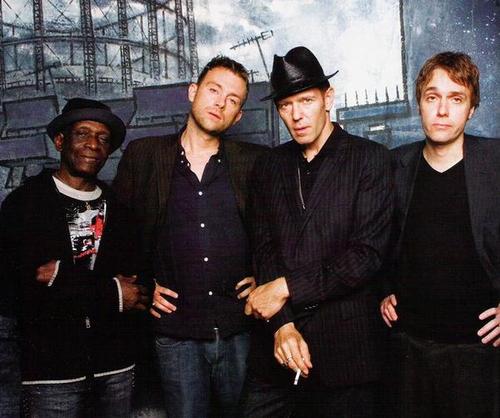 Blur’s Damon Albarn is known for one of his long-standing side projects, Gorillaz. Just a few days back, he brought his other side project, The Good, the Bad and the Queen into the spotlight for the 40th anniversary of Greenpeace with a rendition of Gorillaz’ “On Melancholy Hill.”

The band, which is also comprised of Paul Simonon from the Clash, Simon Tong from the Verve, and drummer Tony Allen, played one of their first live shows in three years for the Greenpeace Anniversary. The sort-of cover didn’t veer too much from the original, seeing as Albarn sings both, but the beginning few notes had fans whooping in anticipation and enthusiastically singing along.

The Good, The Bad, and the Queen – On Melancholy Hill (Gorillaz cover)

Check out more the Good, Bad, and the Queen at their website.

One Response to “The Good, The Bad and The Queen Quasi-Cover Gorillaz’ “On Melancholy Hill””