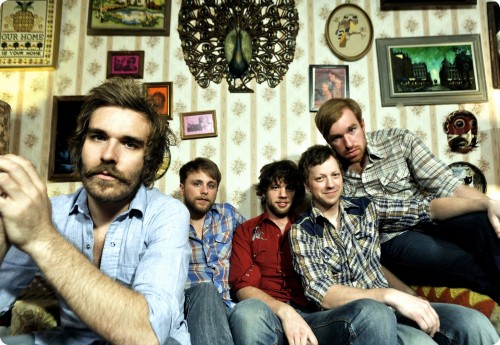 Corporate America seems to think Halloween signals the time to break out the holiday gift displays and light the enormous mall trees, but the rest of us know the rules: no Christmas lights until after Thanksgiving meal (don’t argue, this is the rule). So, despite some early reporting we did over the last month, the Christmas season has officially started and the covers are rolling in. This week we’ve got a couple of classic songs done in traditional ways.

First, Ohio rockers Red Wanting Blue take on the centerpiece song from the movie How the Grinch Stole Christmas! “You’re a Mean One, Mr. Grinch,” is a tough one to cover, as Thurl Ravenscroft‘s vocals in the original steal the show. Lead singer Scott Terry does a pretty great job, though, with a gruff, almost Tom Waits-sounding snarl. The band backs him up with music that is instantly recognizable, but at the same time rocks a little harder than the ’60s version.

Next, Nashville pop singer Tristen released her version of the 1950 classic “Frosty the Snowman.” With pounding pianos and jingly bells in the background, Tristen Gaspadarek does a foot-tapping rendition of the children’s favorite. The song is available as a free download in support of her Kickstarter project, the 7″ Decks the Halls.