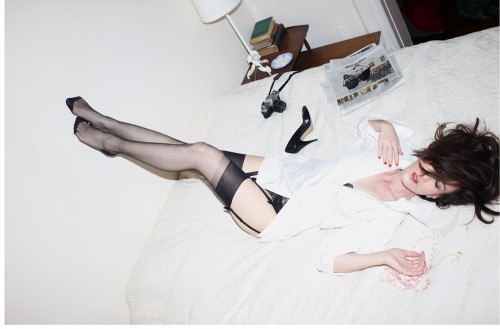 • Halloween is over and, according to some retailers at least, that means the Christmas season is upon us! Celebrate with one of the first new carols of the 2011 holiday season (after She & Him). Electropoppers Class Actress play it uncharacteristically straight on this oft-covered staple. They even include sleigh bells!
MP3: Class Actress – Silent Night

• Last we heard from Futurebirds, they were covering Chris Isaak and Stevie Nicks. They keep things a little smaller on their new single, covering local Athens, GA buddy Eddie the Wheel. They bring their alt-country finest at first, but soon explode in a wave of hazy distortion.
MP3: Futurebirds – Nearsayerfive (Eddie the Wheel cover)

• The many R.E.M. tributes we’ve heard have tended towards the obvious – Coldplay’s “Everybody Hurts,” for instance, or Radiohead’s “The One I Love.” Scotland singer King Creosote and band Kid Canaveral dug a bit deeper on the Vic Galloway BBC show a few weeks back. They dug up “11,” the unmarked final track on Green, infusing an obscure gem with falsetto brogue.
MP3: King Creosote & Kid Canaveral – 11 (R.E.M. cover)