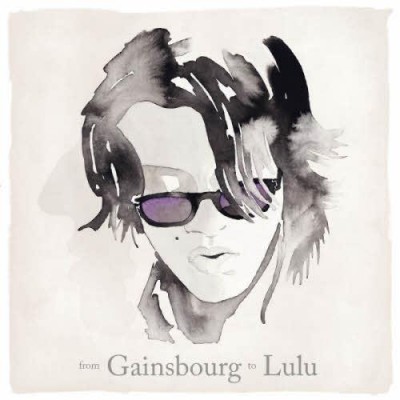 Back in September, we heard Scarlett Johansson’s contribution to the new Serge Gainsbourg tribute From Gainsbourg to Lulu. The full album is now out in Europe and you can stream some choice cuts below. Though Lulu himself takes about half the tracks, the guests he bring in range from the obvious (Rufus Wainwright) to the mildly startling (Shane MacGowan). Heck, there’s even a few more actors (Johnny Depp and Vanessa Paradis) for those who loved the ScarJo vibe.

Rufus Wainwright delivers a beautiful, operatic “Je Suis Venu Te Dire Que Je M’en Vais,” which sounds a mite different than Okkervil River’s translated version. Marianne Faithfull removes the theatrics on a husky sing-speak “Manon.” On a more surprising note, Johnny Depp joins Vanessa Paradis. She does the heavy lifting singing-wise, while he mostly murmurs sensual come-ons. Shane MacGowan of the Pogues, not surprisingly, stays far from sensual. His thick accent manages the French lyrics the best it can: cabaret-pop turned to Irish drinking song. Finally, Iggy Pop rounds things off with “Initial B.B.,” which is either stunning or a no-brainer, depending on whether you’re familiar with his 2009 album Préliminaires.

Listen to all five songs below, then pre-order the American import of the album at Amazon.

Pre-order ‘From Gainsbourg to Lulu’ at Amazon.