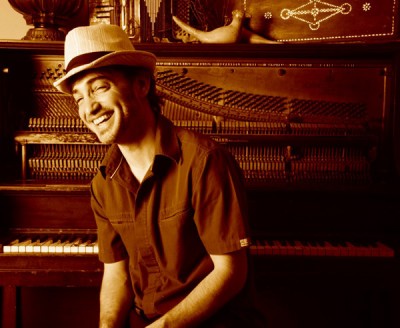 Piano-rocker Holmes, born Roy Shakked, released an album of covers this week that includes drastic re-interpretations of songs by Elvis Presley, Genesis, Queen, Macy Gray, Massive Attack and this priceless take on “It Was A Good Day,” Ice Cube’s gangsta-rap ode to joy. Shakked claims that each cover sounds totally different from the original “to cast the lyrics in a new light,” which this one certainly does.

Even though it sounds like a completely different style, Holmes actually captures the concept of the original song perfectly. Cube’s original focuses on making sure that the listener gets the message about the rampant violence in his community, but in doing so his performance doesn’t convey the right emotions to make the character convincing. Holmes proves a much more capable actor than Ice Cube, making the narrator sound genuinely (and appropriately) happy to have avoided all the terrible things listed in the song. While hip-hop covers usually have a certain novelty value to them, the cheerful tone adds to our understanding of this song instead of just being ironic or making fun of it. As a bonus, don’t miss the reference to this song in this week’s new Fallon/Timberlake “History of Rap” video. Listen to and download the cover below.

Check out more from Holmes, including a stream of his new cover album, on his website.