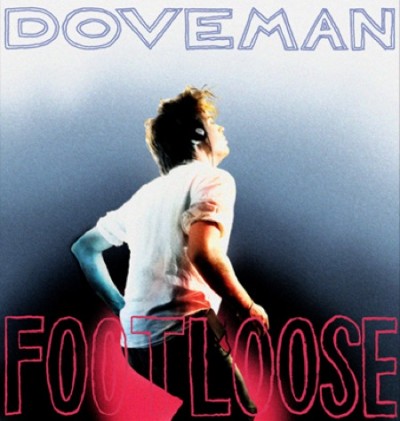 Back in 2008, Thomas Bartlett, aka Doveman, released an atmospheric, spacey cover album of every track off the 1984 classic Footloose. The original soundtrack spawned multiple radio hits, most famously the ultra-repetitive title track by Kenny Loggins, but Doveman’s version won’t be getting you out of your seat to cut a rug.

After recording the album for a friend, who found a cassette tape of the original in the belongings of a sister who died tragically as a teenager in the ’80s, Doveman posted it on his website for free download. Shortly after, the original producers of the Footloose soundtrack sent Bartlett a cease-and-desist letter, and the album became as rare as an album can be in the digital age. I’m not sure how it’s possible that the sales of the original, and endlessly cheesy, Footloose soundtrack were being hurt by the Doveman version, but maybe they assumed sales would be back up when the remake came out this summer.

In recognition of the release of the remake, Doveman has finally legally released his stellar cover album, although only through Bandcamp due to “various complications with publishing clearances.” If the words to the original title track weren’t so instantly recognizable, you could easily listen to the whole album without realizing it was a collection of covers. Doveman’s whispered vocals and generally stark piano sound nothing like the soundtrack that epitomized ’80s music. Don’t listen to this while operating heavy machinery. Stream and buy the whole thing below.

Check out more Doveman at his website and Bandcamp page.