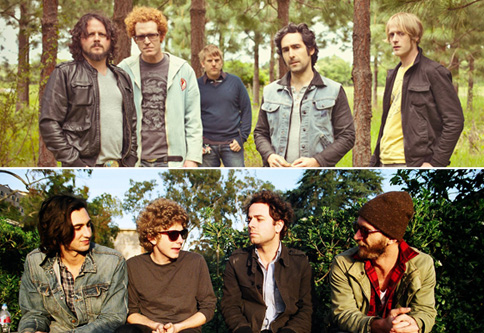 “The Man in Me” was originally recorded and released by Bob Dylan on his 1970 album New Mornin. The track has earned a place in our cultural lexicon as the theme from the 1998 comedy The Big Lebowski. The star of the cult classic, Jeff Bridges has recently been performing the song as part of his post-Crazy Heart music career.

Tuesday night at the Fillmore in San Francisco, indie folk rockers Blitzen Trapper and Dawes took on the Dylan song themselves. Dawes joined Blitzen Trapper during their set on the next-to-last night of their Fall co-headline tour for a bit of fun. Watch the bands jam out below.

Blitzen Trapper and Dawes – Man in Me ( Bob Dylan cover)

Get more info on Dawes on their website and Blitzen Trapper on theirs.