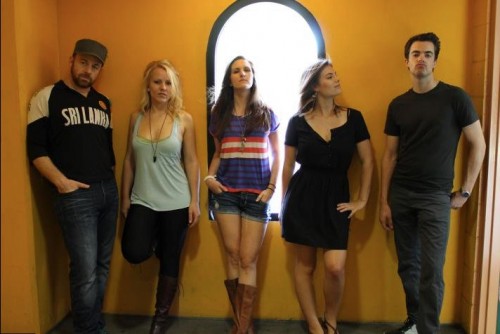 Los Angeles-based a cappella group SONOS is known for their “indie” song selection and liberal employment of effects pedals to enhance their vocal performance. As one of the groups performing on NBC’s The Sing Off, they had to ditch those sweet sounding effects to rely on their voices alone on last week’s cover of Chris Isaak‘s “Wicked Game.” That didn’t stop them from releasing a video of the song as they would normally do it.

Ben Folds, currently a judge on The Sing Off, called SONOS’ Ben McLain’s beatboxing “the future,” and in the video it’s easy to see why. McLain’s percussion rips out at breakneck speed, taking Isaak’s languorous late ’80s hit and turning it on its head. The arrangement plunges forward at almost twice the speed of the original, but maintains a sexy sound. Chris Harrison, the group’s “bassist,” lowers his voice with an octave pedal, and is deep enough to give your subwoofer a hell of a workout. You won’t hear this said about an a cappella song very often, but crank up the bass on this one. Watch the video below, along with their effects-less Sing Off performance for comparison.

Check out more from Sonos at their website or MySpace