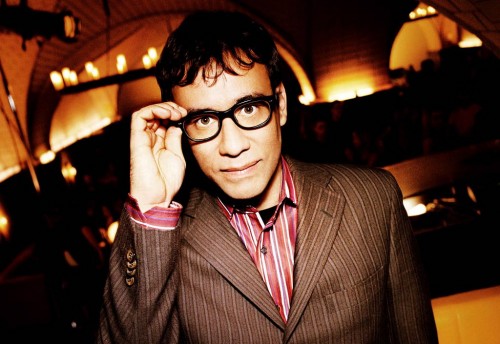 You probably know Fred Armisen best from Saturday Night Live and Portlandia, but he was in fact a musician long before he was a famous comedian. He started out playing drums in Chicago band Trenchmouth and still occasionally displays his chops. He most recently did so at the monthly Heart of Darkness comedy/variety show in Brooklyn, jamming on a Devo cover with costumed band the Forgiveness.

The group performed Devo’s “Beautiful World” and there’s a great video below. This performance is clearly a goof, but it’s a goof by a guy with obvious musical talent. Armisen reportedly also covered Hüsker Dü and the Stranglers with the band, but, sadly, you’ll just have to imagine those.