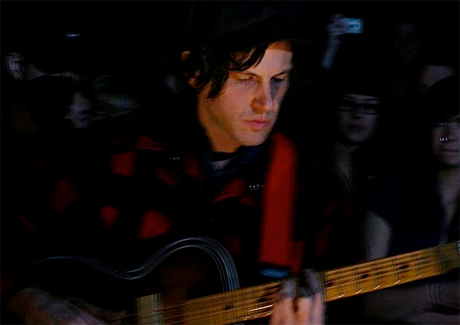 Last week, the Internet exploded when word began circulating that Radiohead would play a show at the Occupy Wall Street protests. That turned out to be a hoax, but last night all was redeemed when formerly-reclusive Neutral Milk Hotel songwriter Jeff Mangum popped up to play an acoustic show in support of the protesters. He opened with a thematically-appropriate cover of the Minutemen’s “Themselves.”

Though not the most obvious song choice (someone in the crowd requested a Dylan song), the Double Nickels on the Dime cut lends itself to any anti-fat-cats sentiment. “They keep themselves hidden away / They keep themselves upon the hill / Afraid that they’ll have to pay / For all the crimes upon their head,” Mangum sang. The full show was streamed online and it opens a few seconds into “Themselves.” Watch it below.