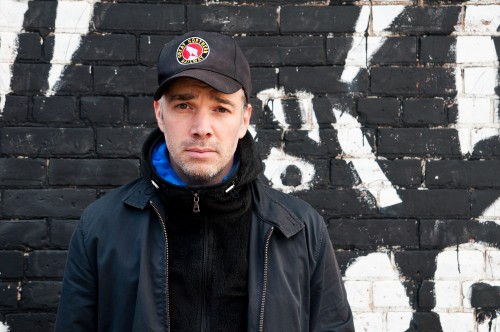 Enter Buck 65. The Tom Waits of hip-hop, this Canadian cult hero is anything but an ordinary rapper and he does covers on the regular. And not even covers of other rap songs, but covers of pop and folk that blend seamlessly into his albums. Though no one could question his encyclopedic knowledge of hip-hop history, Buck (aka Richard Terfry) draws from folk and blues regularly, giving his work a grit more Robert Johnson than Tupac. Below, we sample five choice reimaginings as a primer on how rappers can do covers right.

Buck’s most recent cover may be his best. On his new album 20 Odd Years, he recruits signer-songwriter Jenn Grant to sing with him on a few songs. Nowhere does this pay off more than his cover of Leonard Cohen’s “Who By Fire.” Her soaring folk vocals offset his understated tone beautifully.

If you ever need the perfect evidence that Buck 65 is not your everyday rapper, try this song. He quietly sing-speaks this Roxy Music cover of a spare beat and a free-jazz saxophone. It’s about as outré as he gets, but somehow remains accessible.

Buck recorded this drawled Tom Waits cover for 1999 album Man Overboard, but rejected it. You can sort of understand why. The psycho-redneck mutterings on display sound great, but would stick out on most of his – or anyone’s – albums.

To celebrate 5,000 followers last year, Buck released the Unhip EP. It included some remixes, some outtakes, and this unexpected Kraftwerk cover. The music plays it uncharacteristically straight, but Buck’s dead-serious singing sells it.

This cover of an actual rap song comes, ironically, from his collaboration with a non-rapper. He and Joëlle Phuong Minh Lê (aka. Greetings from Tuksan) collaborated on 2009 album More Heart Than Brains under the moniker Bike for Three! This despite the fact that they’ve never met in person. They pay homage to the near-forgotten Queens MC Shan on a cover of his b-boy-in-the-stars diss track “MC Space.”

“Smalltown Boy” was meant to be on 20 Odd Years as well, but Bronski Beat didn’t give permission. The reason they needed to is that it isn’t strictly a cover. Instead, Buck raps new verses and covers the “Run away” chorus. Luckily, it crept out on a 20 Odd Years promotional EP before they could reject it, so we can hear it anyway.