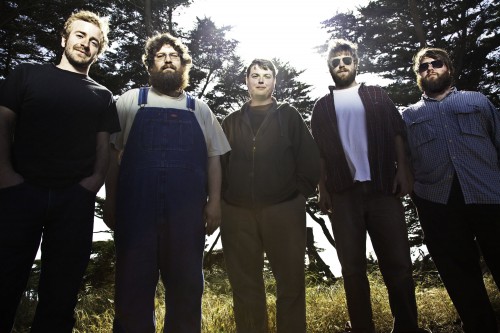 Minnesota acoustic 5-piece Trampled by Turtles are a hybrid of classic American songwriting, bluegrass and folk. Since the release of last year’s Palomino, they have been tearing up the festival scene with their infectious high-energy live sets. Yesterday, they released their first new recording in a year with the Pixies‘ “Where is My Mind.” Having all come from or currently playing in rock, punk and metal bands, covering the 1988 alt-rock track was natural.

The song is used often in films, TV and has been covered by many artists including Nada Surf, Kings of Leon, Placebo, Arcade Fire, and, most recently, The Vaccines with Noah and the Whales. The single is available as a free download in the widget below or, even better, you can purchase it at iTunes with all proceeds going to help stop hunger and poverty at WhyHunger, the organization founded by the late singer-songwriter Harry Chapin.

Watch the inspiration below for going into the studio with the “Where is My Mind” encore from the Newport Folk Fest.

You can get more information on Trampled by Turtles on their website.

One Response to “Trampled by Turtles Gets Rootsy on Pixies Cover”