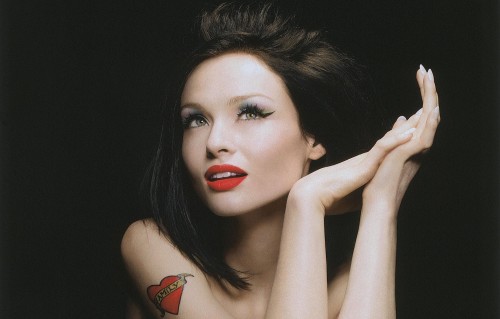 It seems like no one can resist an Arcade Fire cover these days; Anna Rose revived her take on “My Body Is A Cage” with a new video, Benjamin Francis Leftwich included “Rebellion (Lies)” on his covers EP, and now London-based singer Sophie Ellis-Bextor is joining the fray with a “Rebellion” version of her own. Like most of the recent Arcade Fire covers, Ellis-Bextor’s version dials back the drama of the original to put her own spin on the track.

Ellis-Bextor is best known for her disco-tinged pop, but she keeps the disco flourishes to a minimum in her take on “Rebellion.” Recorded for a charity album in support of Samaritans, her take on the Funeral standout has a laid-back, rather indie vibe that tones down the frantic energy of the original and lets her rich voice shine through. A few synths creep in at the end to remind listeners of her pop propensities, differentiating her version of “Rebellion” from the recent trend of extremely quiet acoustic Arcade Fire covers. Stream it below.

Hear more from Sophie Ellis-Bextor at her website or Myspace.