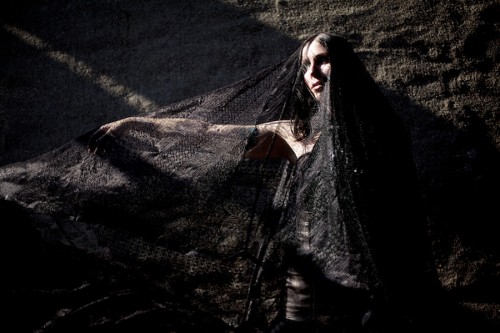 • Doom-y electropop gal Chelsea Wolfe turns everything she touches to spooky. From her music, an affinity to Nick Cave could pretty much be assumed. She makes the connection explicit in this extra-dark cover of a Bad Seeds gem.
MP3: Chelsea Wolfe – I Let Love In (Nick Cave and the Bad Seeds cover)