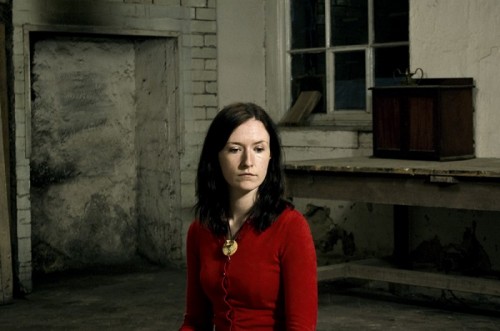 Metaphorest is the recording and performing moniker of Irish singer, songwriter and guitarist Sarah Daly. Daly has been self-releasing her music since as Metaphorest since 2009 on hitRECord, the company run by Joseph Gordon-Levitt. The likes of Joanna Newsom, Jeff Buckley, and Björk inspire her music, along with someone closer to home: her second cousin Kate Bush. With Daly being so close to Bush both musically and genetically, it is no surprise her barebones guitar cover of “Babooshka” is spot-on delightful.

Last month Daly launched her MetaphorestMusic channel on Youtube with a video blog, original songs and a few artsy-video covers. In addition to “Babooshka,” Daly does an acoustic cover of the 1960 R&B hit “Will You Still Love Me Tomorrow,” written by Carole King and Gerry Coffin and recorded by The Shirelles. The last one is a straight take on Dublin folkie James Vincent McMorrow’s “Follow You Down to the Red Oak Tree” off his debut album Early in the Morning. Metaphorest is currently working on her own debut album, which looks set for release this Winter. Watch all three videos below.

Metaphorest – Will You Still Love Me Tomorrow (Shirelles cover)