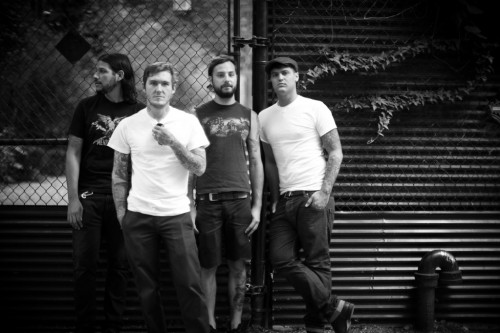 When we last spoke about the Gaslight Anthem’s mostly-covers iTunes Sessions EP, it was slated to drop in December. An early leak has since caused the label to push up the release to next week though. In advance of that, you can hear their cover of Tom Petty’s “Refugee.”

The template is similar to the original, but Brian Fallon’s tattooed-heart-on-sleeve singing sells it. Dude doesn’t do irony and you can tell he feels every word. Add in a no-frills guitar solo and you’ve got another great tune from the Jersey boys. Stream it below, via the AV Club.

Update 10/17: Listen to their cover of the Who’s “Baba O’Riley” too, via Consequence of Sound.

The Gaslight Anthem – Baba O’Riley (The Who cover)

One Response to “Listen: The Gaslight Anthem Rock Petty’s “Refugee””