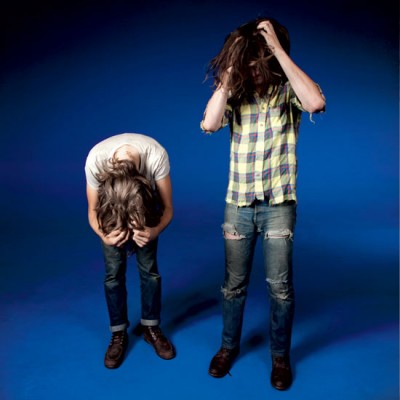 Over the summer, JEFF the Brotherhood covered a song from Nevermind. Not exactly an obscure choice, nor one that will boost their cratedigger credibility. Well, consider that cred reclaimed on their new Third Man Records single. Produced by like-minded archivist Jack White, the 7” backs new original “Whatever I Want” with a similarly-titled cover: Tiger B. Smith’s 1972 glam-rock deep cut “Everything I Need.”

The JEFF duo get their grungiest psych-rock on for this barnstormer. Expect lots of riffing, soloing, and trippy fuzz guitar. It sounds sort of like the original, but let’s be honest, you’ve never heard the original (we tracked down a stream here). Listen to the cut below, then buy the single at Third Man.

JEFF the Brotherhood – Everything I Need (Tiger B. Smith cover)

Buy the “Whatever I Want” seven-inch at Third Man Records.