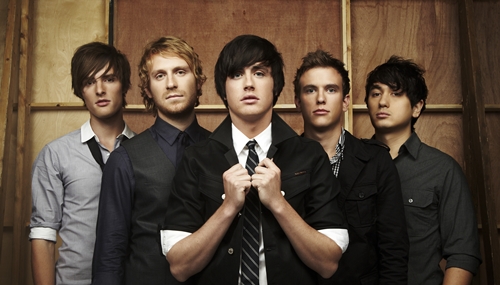 Released as the second single off of her sophomore album, No Boys Allowed, Keri Hilson’s “Pretty Girl Rock” is a feel-good track about female empowerment and self-love. But who says boys aren’t allowed to join in the fun (besides Hilson herself)? Hailing from Charlottesville, Virginia, alternative rock band Parachute unabashedly takes on the song in all its strong female glory in the final installment of Billboard‘s “Mashup Mondays” series.

Parachute drops the original’s R&B beats and piano riffs for a box drum and guitars in their successful acoustic rock rendition of “Pretty Girl Rock.” And we love that frontman Will Anderson has no shame in belting the song’s catchy chorus: “All eyes on me when I walk in / No question that this girl’s a ten / Don’t hate me ‘cause I’m beautiful / Don’t hate me ‘cause I’m beautiful.” Watch their loud and proud performance below! (via Billboard)