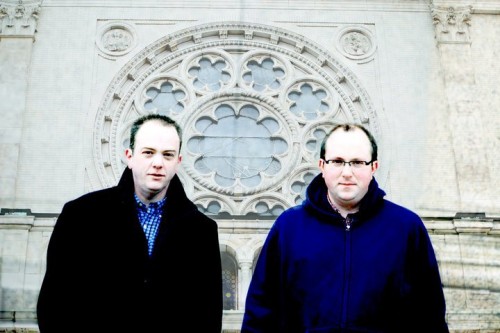 Scott sings about topics close to his heart. For most singers, this usually means cars and girls, but in Scott’s case, the topics have ranged from Freemasonry to cheap horror movies (1999’s The Rats Are Coming! The Werewolves Are Here! was named after the 1972 ratsploitation classic).  He’s also sung of fearsome fringe figures (Charles Starkweather, Bobby Beausoleil) and conspiracy theories (“and don’t you know it was the government/stopped The Beach Boys from releasing Smile” – “Surfside Motel,” from his 2002 masterpiece Out Like a Lamb). Yet throughout all this, Scott’s voice is like a warm blanket, comforting even as fears swirl around it, and his way with a pop melody and his range at production – from low-fi bedroom recordings to soaring studio epics – make each song, yes, an experience.

The Doleful Lions are well versed in covers, most of them demos; more than most bands, Scott covers not for calculated airplay, but to pay tribute to his influences, and the depth of those influences is remarkable. The Hollies, 7 Seconds, Sky Saxon, the Cure, the Misfits, the Crystals – they’ve all loved Scott into being, and his covers are the best thanks he can give. We’re limited to five covers here, but anyone who likes pop in its infinite guises would be well served to investigate his catalog.

“Silly Girl” is a gentle song with a big heart, about longing for a girl with her “pink dress in the setting sun.” But The Descendents played loud and fast enough to make it nearly impossible to pick up on this. Here, Scott gives the song the pace it needs to get the message across, then delivers that message with care and true emotion.

Doleful Lions – From This Day On (Close Lobsters cover)

Close Lobsters were a Scottish jangle-pop band from the ’80s; they didn’t last to the decade’s end, but their steady touring and few releases not only formed but kept a fanatical fanbase. “From This Day On” is a good example of what they could do, and the Lions’ treatment is both respectful and fun.

Doleful Lions – H.E.L.P. is On the Way (The Beach Boys cover)

The Beach Boys’ ’70s catalog may not get as much play as their ’60s classics, but they still had a few good vibrations left, however off-kilter they may have been. “H.E.L.P.,” Brian Wilson’s paean to eating better, sounds like a (somehow) lost Daniel Johnston outtake in Scott’s hands.

“Jesus Christ” is one of the few classic Christmas songs power pop has given to the world. The Lions strip away all of Big Star’s Spectoresque tinsel in their version. Scott’s pure acoustic and purer voice bring the quintessence back to the song.

In recent years the Lions have incorporated more of a synth base to their sound. Their instrumental cover of the title track from Brian Eno’s debut record gets very respectful treatment; close your eyes and you can feel yourself being lifted to the comfort above the clouds.