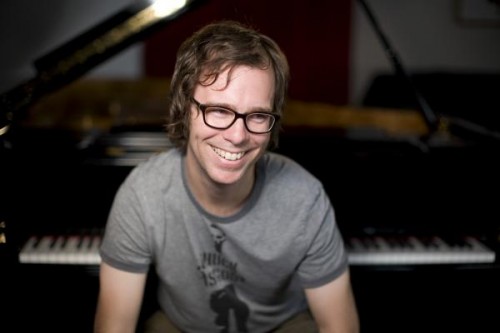 Next month, singer/songwriter and musician extraordinaire Ben Folds releases his newest album, The Best Imitation of Myself: A Retrospective — a fitting title considering all he has to look back on in his 45 years of life so far. Even before Ben Folds Five — perhaps Folds’ most notable band project — released their self-titled album back in 1995, Folds had played everything from the bass to the drums to, of course, the piano in several different bands. But it wasn’t until Ben Folds Five was created that he really struck it big. With the help of bassist Robert Sledge and drummer Darren Jessee, Folds created some of his greatest hits and was eventually able to launch his very successful solo career.

Even though he’s had some help and luck along the way, it’s hard to deny that Folds’ musical talent is the main reason for his success. From his earliest hits, such as “Brick,” to some of his more recent releases, like “You Don’t Know Me” — which he recorded with fellow pianist and songwriter, Regina Spektor — Folds has proven his versatility and creative range time and again. His piano-heavy tracks are easy on the ears, and it’s hard not to relate to their catchy lyrics. Folds has even provided us with great covers of unlikely songs, such as Ke$ha’s “Sleazy” and Dr. Dre’s “Bitches Ain’t Shit,” which definitely wins him bonus points in our book. And so, to return the favor, we honor the gifted musician with covers of some of his best songs.

A track off of Ben Folds Five’s sophomore album, Whatever and Ever Amen, “Brick” is perhaps one of Folds’ most popular and most meaningful songs. The hit is based off a heartbreaking personal experience of the musician, whose high school girlfriend was forced to have an abortion. After hearing the University of Ohio’s a cappella group the Leading Tones’ impressive cover of “Brick,” Folds was inspired to create Ben Folds Presents: University A Capella, a compilation of his songs sung by collegiate a cappella groups.

A huge fan favorite ever since its release on Ben Fold Five’s last album, The Unauthorized Biography of Reinhold Messner, “Army” is just one of those songs you can’t help but dance to. The original is riddled with profanity, memorable lyrics, and an awesome horn section to boot. Let’s not forget about Folds’ skillful piano-playing, which keeps the energy flowing from beginning to end. montaSerra turns the song on its head with their ukulele rendition of the track. Hailing from the UK, the trio’s soft vocals and three-part ukulele instrumental arrangement make for an interesting, but still enjoyable cover.

MP3: Anthony Masington – Not the Same (Ben Folds Cover)
Folds is known for incorporating audience participation into his live shows, and “Not the Same,” a track off of Folds’ first solo album, Rockin’ the Suburbs, is one of those songs where his doting fans are lucky enough to contribute to the performance. While Folds provides the powerful vocals and steady wall of piano sound, the audience helps out with the swelling harmonies of the song’s chorus. Anthony Masington makes sure to keep them intact in his rocktronica rendition of “Not the Same,” in which the talented musician plays all the instruments featured in the track.

The first single off of Folds’ second solo album, Songs for Silverman, “Landed” was one of only a few of his songs to place in the Billboard Hot 100. Like the rest of Folds’ tunes, “Landed” is grounded in his quick-fingered piano work and singable lyrics and supported by some drums and a bass. Army serviceman Derrek Dozier serves up his own acoustic rendition of the track, replacing Folds’ staple piano part with a mandolin. Yep, we know you’re curious now.

MP3: Stephen Berry – The Luckiest (Ben Folds Cover)
It was too hard to resist including this moving acoustic guitar cover of “The Luckiest,” another track off of Rockin’ the Suburbs. The original is a perfect example of Folds’ uncanny ability to create simple yet stirring tracks out of nothing more than well-written lyrics and beautiful instrumental arrangements. Berry also capitalizes on the magic of simplicity with his deep Johnny Cash-like voice and his no-frills acoustic guitar-playing.

Keep updated on Ben Folds’ latest projects by checking out his website.

2 Responses to “They Say It’s Your Birthday: Ben Folds”