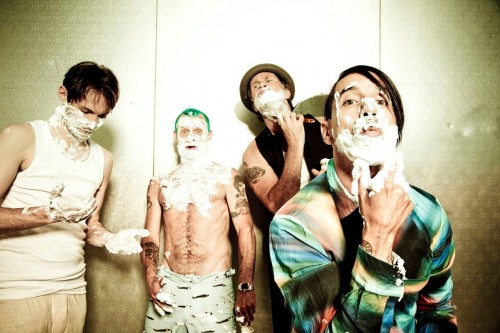 Before heading out to tour in support of their new album, I’m With You, the Red Hot Chili Peppers made a trip to London to premier some of the tracks. While playing songs from their new release on their BBC Radio 1 Red Hot Chili Peppers: Live at Koko special, the band rocked out a cover of Neil Young‘s “Everybody Knows This Is Nowhere.” Watch the video below.

The track is the title cut from Everybody Knows This Is Nowhere, Young’s second studio album. The Chili Peppers are no strangers to covering Neil. In 2004 at the annual Bridge School Benefit Concert, they performed an acoustic version of Young’s “Lotta Love,” which was released as a single by Nicolette Larsen. In honor of the upcoming 25th annual Bridge School Concert next month, we’ve included that track below as well.