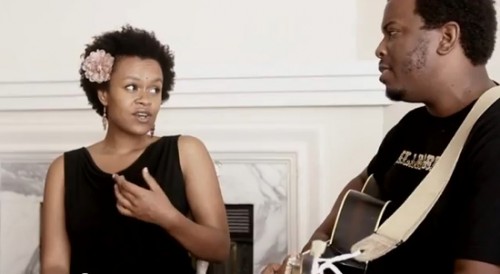 This summer, San Francisco jazz/soul performers and longtime collaborators Quinn DeVeaux and Meklit Hadero announced that they were working on a covers album together. Though the Blue Beat Review frontman (DeVeaux) and Ethiopian-born singer (Hadero) don’t have plans to release the album until January, they’re giving listeners something to look forward to with some preview covers, including a lovely acoustic take on Arcade Fire’s Funeral opener, “Neighborhood #1 (Tunnels).”

Arcade Fire’s original song is best known for its grand, shimmering production, a sonic mirror of the snowstorm it describes. DeVeaux and Hadero strip the track down to impeccable harmonies and acoustic guitar, infusing it with a gentle poignancy that gives the lyrics new depth. Hadero’s ethereal vocals are particularly striking, the clear centerpiece of this introspective cover. Check out the performance below.