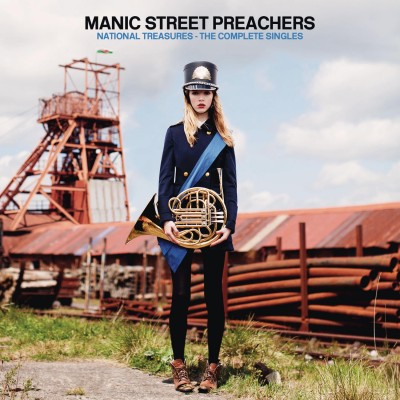 For those under the age of twenty-five or so, The The’s “This Is The Day” calls to mind a commercial for talking candy. For those of us old enough, or lucky enough to have parents that forced them to listen to cool music, it is something of a classic, a bittersweet ode to no one in particular. For their upcoming best-of album, National Treasures, Manic Street Preachers decided to “Pay a really fitting tribute to it, manic style.”

Manic Street Preachers are self-confessed fans of Soul Mining, the 1983 album that spawned the single. MSP brings their own dynamic sound to the synth-infused original. The melancholy of the lyrics are fitting as a cover, as bassist Nicky Wire has stated that the band will “disappear for quite a long time” after the album is released. Listen to the Preachers’ “This Is the Day” below. There’s also a U.K.-only music video made up of backstage clips over the years.

Manic Street Preachers – This Is the Day (The The cover)