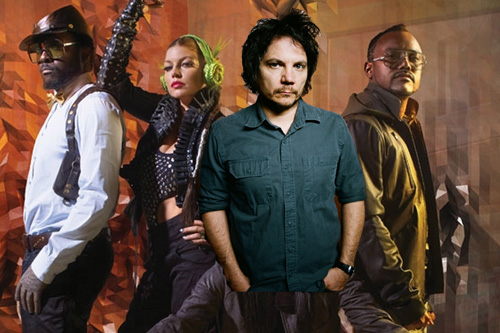 Some days you wake up, trudge to work, and drag yourself reluctantly through the day. Other days you wake up and see something that makes you glad to be alive. Any day where you get to watch Jeff Tweedy cover the Black Eyed Peas’ “I Gotta Feeling” certainly falls in the latter category. He performed it acoustically last night at Chicago and it is every bit as great as you think it’d be.

The occasion: the release of The F***ing Epic Quest of @MayorEmanuel, the book archiving the (in)famous Twitter feed. “Rahm” tweeted a whole series of missives back in January, complaining that at a fundraiser “Tweedy’s pulling this fucking ‘I’m in Wilco, so I’m going to play Wilco songs’ bullshit, like he knows anything about fundraising…Tweedy’s being pissy because he doesn’t want to play any Black Eyed Peas songs. What the fuck? People love that shit.”

Yes they do and, months later, Tweedy decided to stop being so pissy. He finds a hilarious middle ground between actually performing the song and winkingly mocking it. He soon abandons all pretense, though, when he goes on to tackle “My Humps,” reprising the deadpan recitation he did for “Single Ladies (Put a Ring on It).” We’ve got videos and ironic iTunes playlist-ready audio below. It’s official: Tweedy needs to do a standup tour where he just recites the lyrics to pop songs and he needs to do it now. Someone start a petition.