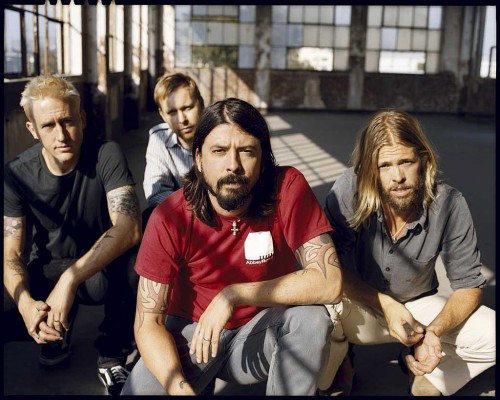 Late Night with Jimmy Fallon’s “Pink Floyd Week” kicked off Monday night with the Shins covering “Breathe.” Last night it continued, jumping from Dark Side of the Moon to The Wall for “In the Flesh.” The Foo Fighters ran through the album favorite with a special guest: Roger Waters, rocking the song as he’s done the past year on his Wall tour.

Watch a video of the “In the Flesh” performance below (non-U.S. viewers go here) as well as a much older clip of the Foos covering “Have a Cigar.” The Foo Fighters released their first covers collection back in April; maybe next they could tackle a full Floyd tribute album.