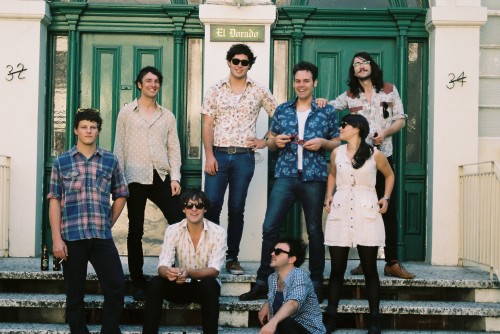 Hypothesis: Janelle Monae’s “Tightrope” is one of those songs you simply can’t not dance to, no matter your personal taste in music. Although not completely new to the scene as individual musicians, recently formed collective Eagle and the Worm prove the aforementioned hypothesis with their upbeat take on Monae’s horn-infused jam.

Eagle and the Worm recently performed the cover on home turf on Triple J‘s Like A Version radio show. Only six of the eight members were present, but the cover does not suffer for lack of energy. In a smart move, the band doesn’t lose the horns that made the original such a breath of fresh air in the pop scene. Lead singer Jarrad Brown’s vocals are no where near as polished as Monae’s, but the enthusiasm still serves the song justice.

Be sure to look up more Eagle and the Worm on their official website.