Clearance Alert is a joint series with Limelight, “the simplest way to clear any cover song.” It spotlights new cover songs licensed through the company. Find out more at Limelight. 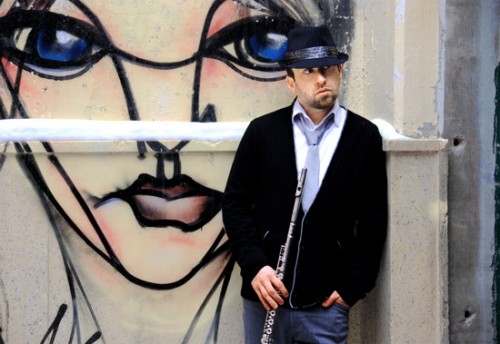 “Poker Face” covers are a dime a dozen. Jef Kearns knows this, but thought he could bring something new to the Lady Gaga megahit all the same. “I know it’s been done a million times before (just plug “Poker Face, cover” into YouTube) but not the way I was about to,” he said. “I am a flute player specializing in urban music. I slowed it down, put a hip hop beat behind it, and did it as a jazzy instrumental. It turned out so well that I wanted to use it as a B-side to my single, On the Level.”

Indeed, his “Poker Face” offers something more than just playing the melody on a different instrument (a “wacky” cover approach done to death). Kearns builds several flute tracks and an original beat behind his flautist slow jam. It combines hip-hop and jazz, taking small liberties with the melody without losing focus. Watch the video below.

Learn how to clear your own cover songs at Limelight.